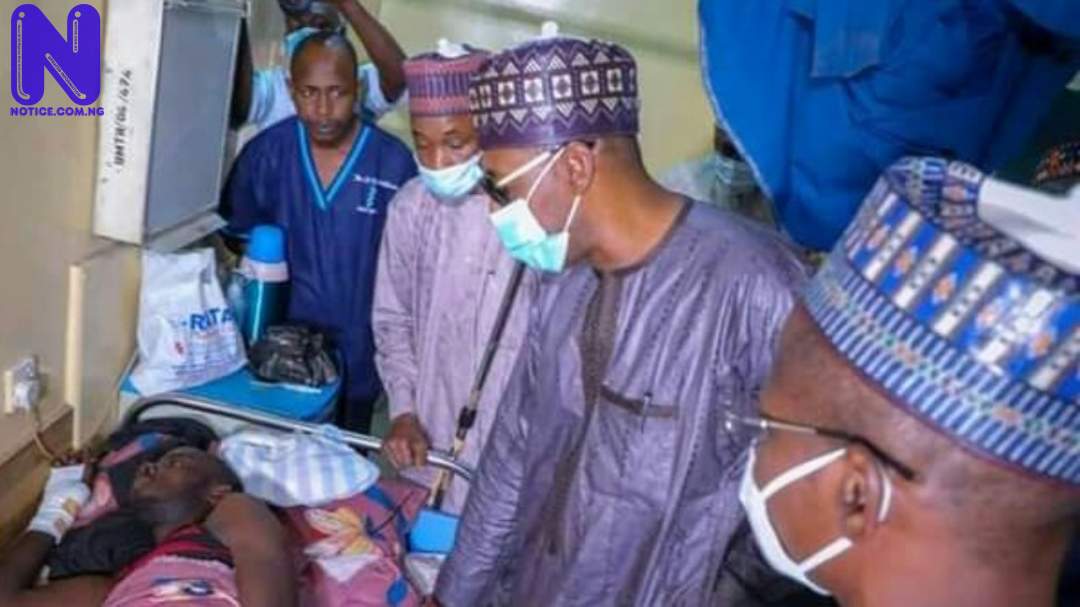 Borno State Governor, Professor Babagana Umara Zulum was at the University of Maiduguri Teaching Hospital on Saturday to see the six hunters injured following a landmine planted along their road by Boko Haram militant in Sambisa forest.
It could be recalled that seven hunters died as result of the landmines attack, while 16 others were brought for treatment in the hospital.
Governor Zulum arrived from Abuja on Saturday after attending a closed door meeting with President Muhammadu Buhari, Minister of Foreign Affairs, Geoffrey Onyeama and Director General of NEMA, Air Vice Marshall Muhammadu Muhammad (Rtd) and went straight to see the victims.
The Commissioner of Sports and Empowerment, Hon. Sainna Buba, who accompanied the governor during the visit said, 11 out of the 16 injured have been discharged after receiving treatment at the University of Maiduguri Teaching Hospital.