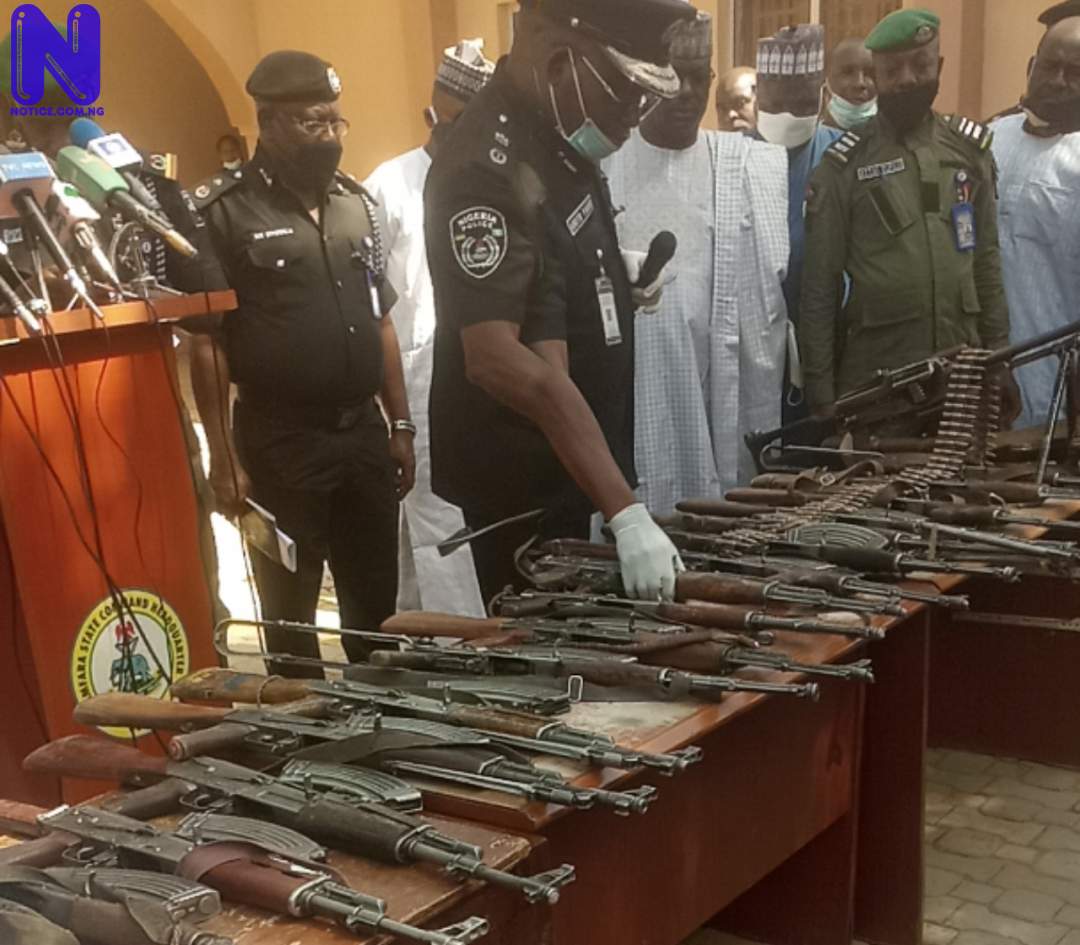 The Zamfara State police command says 14 operational motorbikes have been recovered from armed bandits operating in the State after a serious gun battle.
Addressing newsmen at the state police command headquarters in Gusau, the commissioner of police, CP Abudu Yaro explained that the Tsafe Local Government Divisional Police officer (DPO) received a distress call that about 100 bandits blocked Tsafe – Fungus road at Gidan Giye, with intent to rob Innocent commuters.
According to him, on receipt of the report, the DPO mobilized a combined team of Special Forces and conventional policemen to the scene.
“After serious gun duel with the bandits, they fled into the forests with possible gun wounds and left their fourteen operational motorcycles and other bags containing their cloths and military camouflage uniforms,” he said.
CP Yaro noted that the case was being investigated at the state Criminal Investigative Department (CID), saying that efforts were being intensified to ensure the arrest of the fleeing suspected bandits.
Speaking further, the commissioner explained that already an ex bandit leader from one of the largest and the most notorious bandits camp at Dumburum forest in Zurmi Local Government Area of the State, named Auwalu Daudawa has submitted his arms and ammunitions to the State government.
According to him, the arms he and his group surrendered to the disarmament committee include one Rocket Propel Grenade, one anti-aircraft, 1 AK47, and 1 AK49 with 72 rounds of chain live ammunition of anti-aircraft riffle.