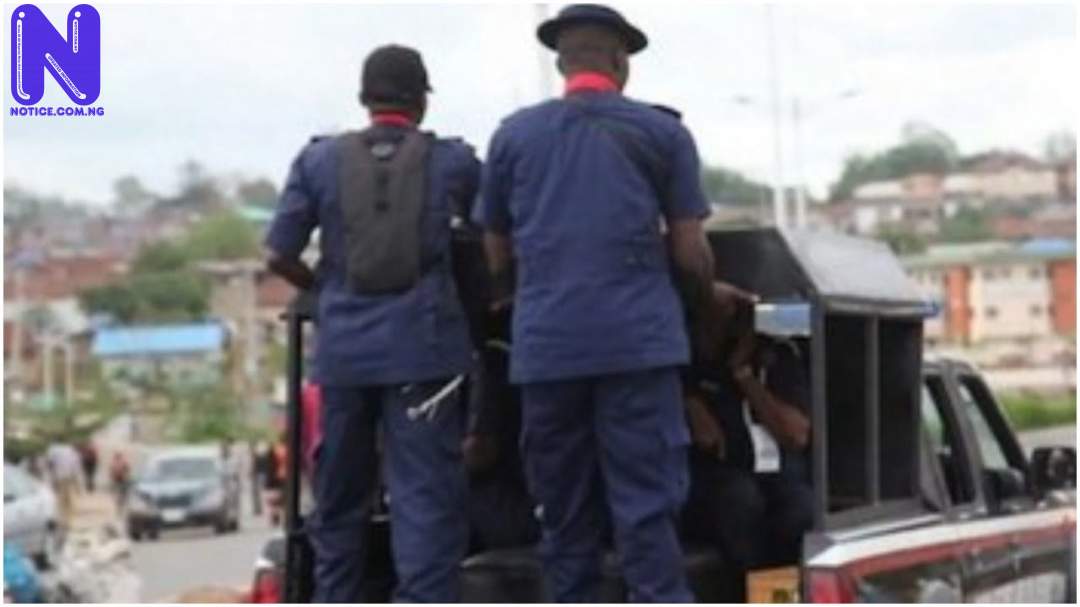 Zamfara State command of the Nigeria Security and Civil Defense Corps, NSCDC, has arrested four suspected abductors who attempted to kidnap a two-year-old baby on 21 January 2023 in Gusau, capital of Zamfara State.

Parading the suspects at the NSCDC State Command Headquarters, Gusau, the State Commandant, Muhammad Bello Muazu explained that the suspects were nabbed in connection with an attempt to kidnap the child (whose name was given as Hawau Masaud) from her elder sister, 13-year-old Umalkaidi Shahibilu, who at the time was carrying out an errand in the area.

A statement issued by the command’s spokesman, Ikor Oche, said one of the suspects, identified as Muslim Sani, snatched the baby from her sister and ran into an uncompleted building where his three accomplices were hiding.

The alarm raised by the sister attracted members of the community who tracked the kidnapper to the uncompleted building where the four suspects were arrested.

According to the NSCDC statement, the suspects, Muslim Sani, 25, Abdulrazak Bashir, 20, Tukur Bello, 24, and Jafar Lawal, 23, claimed ignorance of their crime because they were under the influence of marijuana.

The statement affirmed: “Preliminary investigations revealed that the four suspects were at the crime scene and two of them were identified by the sister and brother of the kidnapped baby."

Commandant Muazu who assured that the suspects will be arraigned in court after investigation advised parents to be vigilant and to always be mindful of the whereabouts of their children.