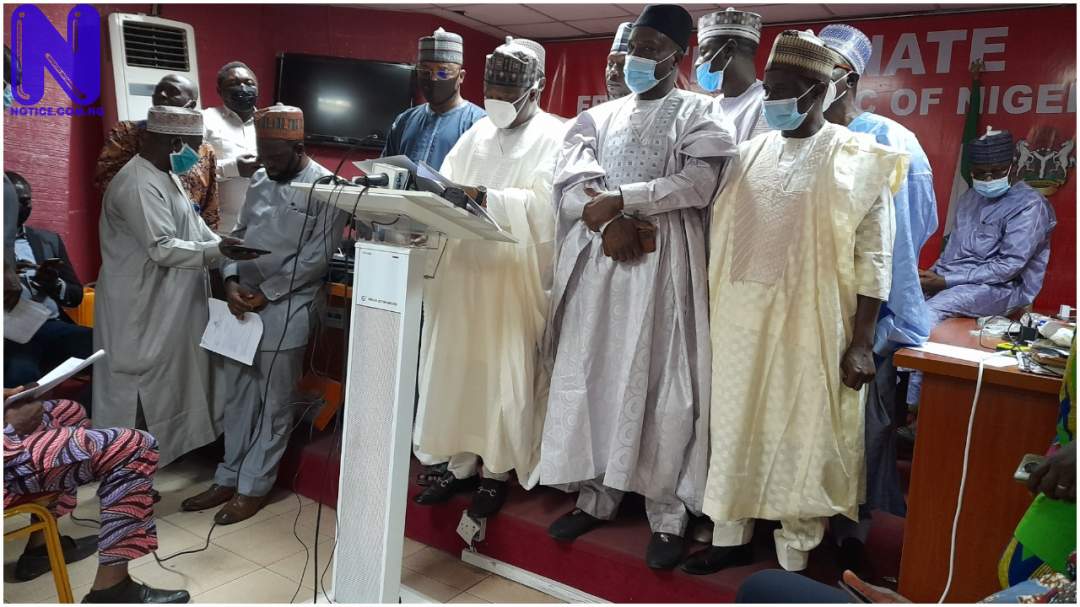 The Zamfara National Assembly caucus on Wednesday called on governors of troubled North-West states to consider negotiation with bandits and criminal elements as means of achieving peace.
The lawmakers who are of the opposition Peoples Democratic Party (PDP) in the upper and lower legislative Chambers said the “carrot and dagger’ approach has worked in Zamfara, hence, the need to recommend it to other states to achieve peace.
Speaking at a world press conference on Wednesday at the National Assembly, Senator Ya’u Shahabi who led other lawmakers noted that there was relative peace in Zamfara State now because the governor towed the part of peace when he invited bandits to a negotiation table and they eventually laid down their arms.
The lawmakers said insecurity in Zamfara State had lingered for eleven years until it grew into full-blown banditry, kidnapping and rape of citizens because the previous administration did not use the appropriate approach.
They argued that force might not be appropriate in the circumstances that the North West finds itself.
Shahabi said: “The insecurity in the state had assumed a dangerously galloping dimension prior to the assumption of office of Rt. Hon. Bello Matawalle as governor.
“This was in clear recognition that something new needed to be deployed, wisdom came into bear and the governor opted for the carrot and dagger approach in dealing with this brand of crime that was fast growing at a geometric progression.
“The carrot approach was to dialogue with repentant bandits to reintegrate them into the society, while the dagger approach was to ensure that the unrepentant bandits face the full wrath of the law.
Reacting to concerns that some of the bandits and criminal elements were foreigners, the caucus leader explained that foreigners among them might not be granted amnesty.