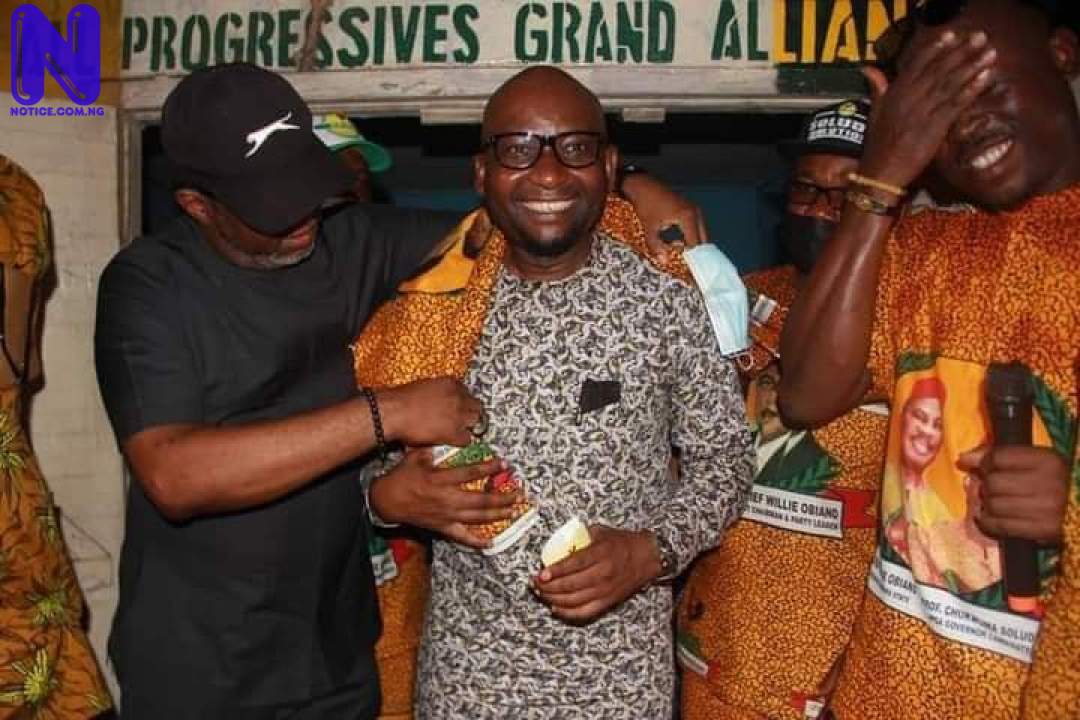 Dr. Chima Obi Ngonadi, a close ally of the flagbearer of the Young Peoples Party (YPP) in the November 6 governorship election in Anambra State, Senator Ifeanyi Ubah, has dumped the party for the All Progressive Grand Alliance (APGA).

Ngonadi, until his defection, was a major stakeholder and financier of the YPP in Nnewi Local Government Area of the state and the Chief Executive Officer (CEO) of NgoBros Nigeria Limited.

He contested for the Anambra House of Assembly seat of Nnewi North Constituency in the last 2019 general elections held across the state on the platform of the YPP but lost to the current member and the candidate of APGA, Hon Nonso Smart Okafor, who later defected to the All Progressive Congress (APC).

Speaking while being received by the entire ward executives of APGA into its fold, a release sent to Press on Saturday quoted Dr. Chima Obi Ngonadi as promising to work with progressive minded leaders, members, and supporters of the party to ensure the victory of the APGA candidate, Professor Chukwuma Soludo as next governor of Anambra State.

He described Soludo as a man endowed with ideas, capacity, and as well as vast experience, confiding that the party’s flagbearer would consolidate the already gains recorded by the Governor Willie Obiano led present administration in all sectors of the state economy.

Obi Ngonadi expressed optimism that Soludo secures a win in the coming November 6 gubernatorial poll, and urged Ndi-Anambra to rally around the latter as he would continue in building more legacy projects to enhance the economic development of the state.