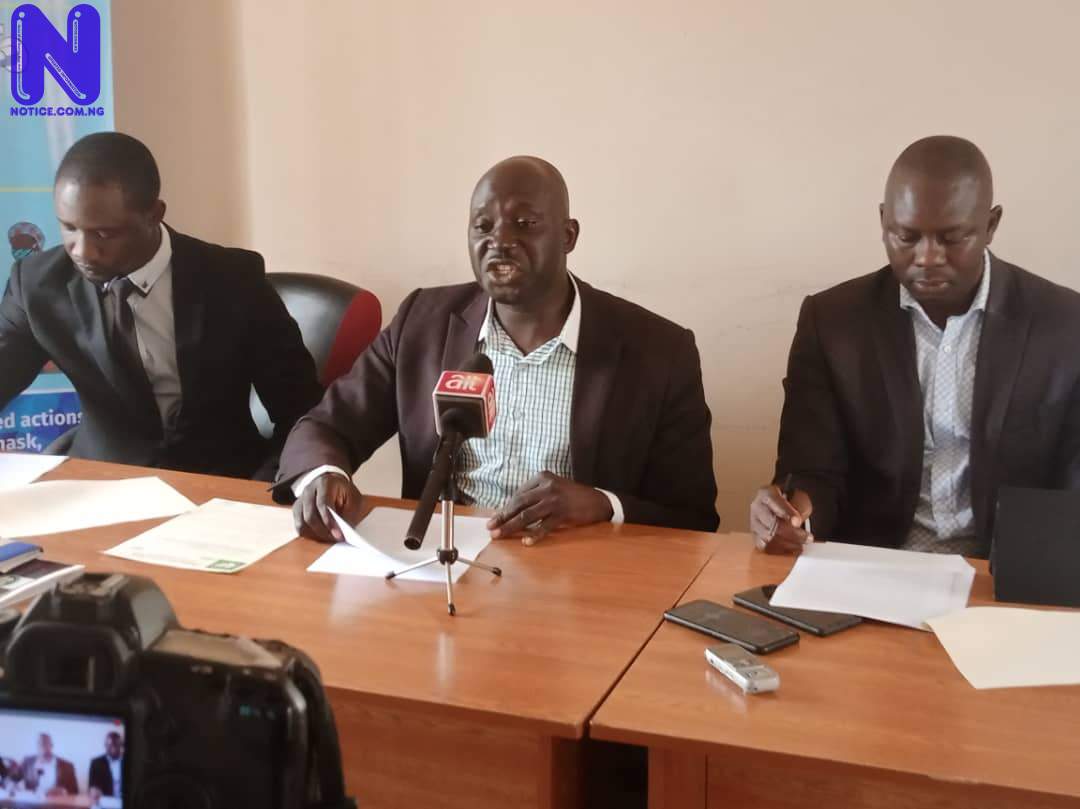 Sequel to reports making the rounds about the planned impeachment of the Speaker of the Plateau State House of Assembly and intimidation of members, the Youth Wing of the Christian Association of Nigeria (YOWICAN) in the state has vowed to resist such an attempt.

Notice.Com.Ng recalls that last Friday, the State House of Assembly had given Governor Simon Lalong a two-week ultimatum to take action on the resolutions the House had forwarded to him on “security matters and how to restore peace in the state”.

The House also called on the Governor to come up with a statement defending the citizenry in the wake of the myriad of security challenges bedeviling the state.

YOWICAN also raised concerns over issues of land grabbing, alleging that Fulani herdsmen have taken over hundred villages in Bokkos, Riyom and Barkin Ladi LGAs of the state.

Chairman of YOWICAN in the state, Deacon Markus Audu Kanda, flanked by other officials of the association, disclosed this while addressing journalists, about the recent security challenges in the state and the reactions that followed afterwards.

YOWICAN lamented the unfortunate incidents that bedevilled the state in recent times, with particular reference to attacks on the Irigwe people in Miango villages in Bassa LGA, some commuters along Rukuba Road and the Anaguta people in Yelwa Zangam both in Jos North LGA (where a total of over 150 lives have been lost).

Kanda said, “These attacks are highly condemnable and unacceptable by every human line of thought as no one has the right to take the life of another. We continue to call on all Plateau citizens to eschew violence and promote peaceful coexistence.

“We have noticed with a glimpse of joy the measures taken by the State Government recently in concert with the clarion call made by the Plateau State House of Assembly, to speak in defence of the Plateau people and this is indeed highly commendable and we do hope to see more of this synergy going forward, to ensure that lost hope of the citizens is rekindled and sustained”.

On the planned impeachment of the State Assembly Speaker, Kanda said, “We call to the attention of the Plateau State Government the rumours taking turns on perceived impeachment of the Speaker of the Plateau State House of Assembly and intimidation of the Honourable members, by whatever means possible for the measures taken by the House under his leadership in the defence of the interest of Plateau people.

READ ALSO >>> Why elections should not be conducted in Bassa, Jos North – YOWICAN, WOWICAN, others warn - Plateau LG polls

“Plateau Youths shall resist strongly any attempt to disorganize the Plateau House of Assembly”, he warned.

“We belief that the Governor means well for the people and will not allow himself dance a strange dance at a time the Plateau Spirit of Unity and brotherliness has been revived rather, being a Ex-presiding officer of the same House a few years ago, he should understand and appreciate the place of checks and balances within the bounds of the law”, he explained.

“Times of politicking and party cowardice have ended since the election in 2019 and now is a crucial time to close all ranks and solidify good governance and the protection of the land irrespective of ethnic, religious or party affiliations”, he admonished.

On the issue of land grabbing by Fulani herdsmen, the YOWICAN chairman said, “In Riyom, Bokkos and Barkin Ladi LGAs, over 100 villages have been taken over by Fulanis, you can do your background checks; but that is the really.

According to him, “Villages are attacked; houses are burnt, the occupants are either killed or displaced and the marauders go to these villages and occupy them; and the owners of those ancestral lands cannot go back there “, he decried.