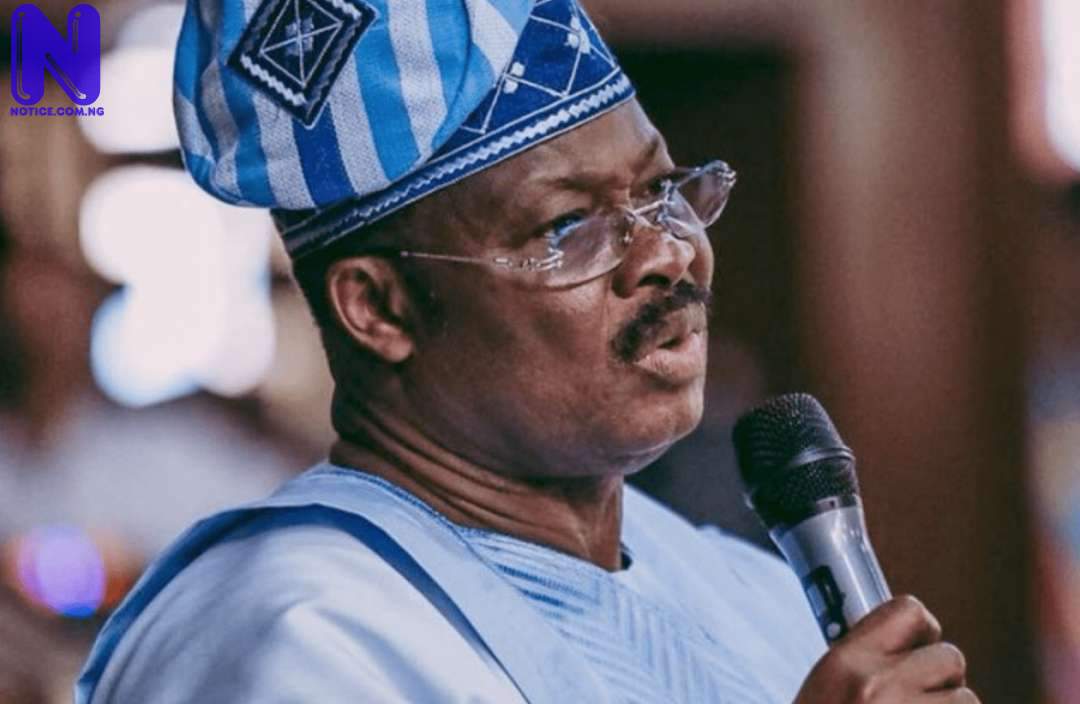 The People’s Democratic Party (PDP) in Oyo State has lambasted ex-Governor Abiola Ajimobi, for describing as mundane, the dissolution of local government executive councils and attempts by the incumbent administration to recover official cars taken away by Ajimobi’s aides.

The PDP advised Ajimobi of the All Progressives Congress (APC) to stop playing to the gallery with his defence of elements in his government who took away cars and other items belonging to the state government, saying he should be ashamed of them.

In a statement issued by the Publicity Secretary of PDP in the state, Akeem Olatunji, the party said it is shameful to see Ajimobi describe the alleged monumental theft of government property by some persons as a ‘mundane issue’.

The statement read: “We read with serious consternation, comments credited to the Ex-governor of Oyo State, Senator Ajimobi, especially in respect of the dissolved local governments and the missing cars belonging to the state government.

“While we are very much aware that the state government is dealing with the twin issues with all the seriousness, we are, in spite of that, appalled by the statement credited to the Ex-governor, which amounts to a father attempting to pamper a thieving child.

“We know that it is not in the character of statesmen to pander towards the axis of evil and pamper wrongdoing by whoever and that is why we are saddened at this attempt by Ajimobi to give justification to allegation of theft.

“We believe that having served the two constitutionally guaranteed terms of office as Governor of Oyo State, Senator Ajimobi should remain grateful to the people of Oyo State.

“There cannot be any ambiguity in the statement credited to the new government on the issue of cars taken away by operatives of the last administration. Some officials of the government led by Ajimobi refused to return cars and other items belonging to the state after their tour of duty. That cannot be a matter to be celebrated or described as “mundane” by anyone.

READ ALSO >>> Bamgbose writes off PDP, reveals only way APC can be defeated - 2023

“Should we classify theft as mundane because it was perpetrated by some political “demi gods” who happened to serve a previous government?

“What is expected of Ajimobi is to prevail on his loyalists to return any property belonging to the state they might have illegally kept aside.

“Besides his defence of the missing vehicles, Senator Ajimobi has also been gallivanting round the city of Ibadan in recent times as if in some victory laps. He has made statements to the effect that he turned around the state and has also been offering words of advice to Governor Seyi Makinde. We congratulate him for the alleged feat.

“We, in spite of that, make bold to state that the said achievements he claimed to have recorded fall way below the pacesetter status of Oyo State. At best, Ajimobi’s laps amount to a celebration of failure; what with the uncompleted projects all around.

“With the funds his government claimed to have committed to capital projects, we should not be talking of poorly-executed contracts and abandoned roads everywhere even after a government has spent eight years in office.

‘Let us, in spite of that, reassure the people of Oyo State that Governor Seyi Makinde will return the lost glory of this state and take that state to a higher realm of development anyone can imagine.

“On the dissolved local governments, we are convinced that Ajimobi is merely playing to the gallery of partisan politics here. We do not wish to say much on this because the matter is before the court of law. We will, in spite of that, place on record that all efforts aimed at pulling the administration of Governor Makinde down, even before it took off are already falling by the wayside.

“Our people are not unaware of the series of landmines positioned on the path of the new government by the administration of Ajimobi. We are all witnesses to the series of last-minute spending and the refusal to cooperate with the transition committee. Those are not the antics of statesmen.

“We will also state it loud and clear that the PDP is not in doubt that the new driver in Oyo State is competent and ready to remove all cobwebs and cogs in the wheels of progress. We will all be witnesses to the success story.”