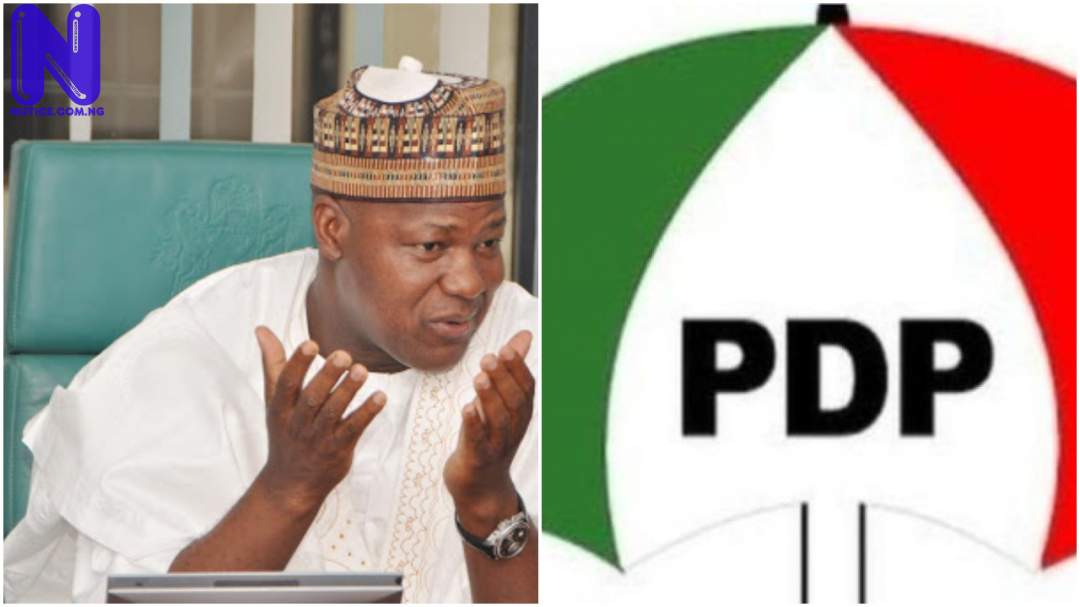 The Peoples Democratic Party (PDP) Board of Trustees (BoT) has claimed that a Ex-Speaker of the House of Representatives, Yakubu Dogara returned to the All Progressives Congress, APC, because he wants to be President or Vice President come 2023.
The PDP BoT said Dogara knows that he will never achieve his ambition in PDP.
Dogara had yesterday explained why he left the opposition PDP for the ruling APC
In a letter of resignation addressed to the Bogoro ‘C’ Ward Chairman of the PDP, Dogara cited failure of governance in his home state, Bauchi, under the administration of Governor Bala Mohammed whom he helped install as a governor in 2019.
Dogara said that he cannot successfully ask questions about maladministration without being accused of disloyalty if he were to remain in the PDP.
The lawmaker argued that if he abdicate this responsibility of telling the truth to power in Bauchi State, having done same under the administrations of Ex-Governors Isa Yuguda and Mohammed Abubakar, he will be the most irresponsible and unprincipled politician.
But in a statement on Monday, the chairman of the BoT, Senator Jubrin Walid, said there is more to the exit of the Ex-Speaker from the PDP than meets the eyes.
Dogara joined PDP prior to the 2019 general elections.
Walid’s statement added ”Dogara has a plan of becoming President or Vice President in 2023, which he knows he will never achieve in PDP.”