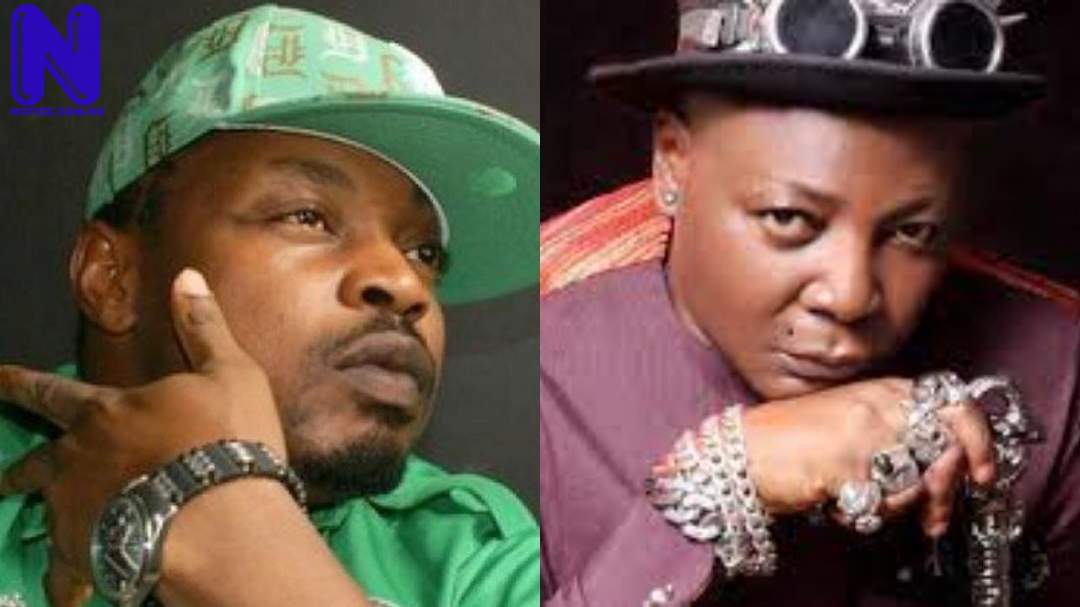 Maverick singer and activist, Charly Boy, has been dragged over the role he played during Eedris Abdulkareem's clash with 50 Cent in 2004.

Recall that 50 Cent in 2004 visited Nigeria alongside his crew for a four-city concert tagged ‘Star Mega Jams'.

But the event was marred with heated controversies after Eedris Abdulkareem and 50 Cent fell out which forced the US rapper and his team to leave Nigeria.

Charly Boy, commenting on the incident in a recent post on Instagram claimed he played a pivotal role when the incident broke out and chased 50 Cent out of Nigeria for beating Eedris Abdulkareem who he later described as an "ungrateful son.

He wrote "The people wey know dis story go tell you say, after I show 50 Cent's people craze, I made dem leave Nigeria that day back to the states, forgetting the rest of their Nigerian tour.

"For beating my ungrateful son Eedris I drove them back to America. Nigerian Breweries head scatter, them come arrange package the IG of police, I was locked up in police cell for almost one month.

"Sometimes in Life, the people dat you fight for fight you back out of their ignorance." [sic].

Eedris Abdulkareem , responding in a video called out Charly Boy, accusing him of selling him out and trying to take the glory that belongs to him.

According to him,Charly boy collected N70m from Nigerian breweries to blackmail him.

"Shut up Charly Boy, You took N70M from Nigerian Breweries to blackmail me. You collected evidence of attack by 50 Cent and G-Unit from DJ Tee who recorded everything that happened in the plane on that day.

"Nigerian artistes like Psquare, KC Presh and E-Money were chased out of the backstage with ko boko after you conspired with the organisers.

"You're a betrayer and a fake activist, stand for what is right, make your life meaningful and beautiful," Eedris wrote.