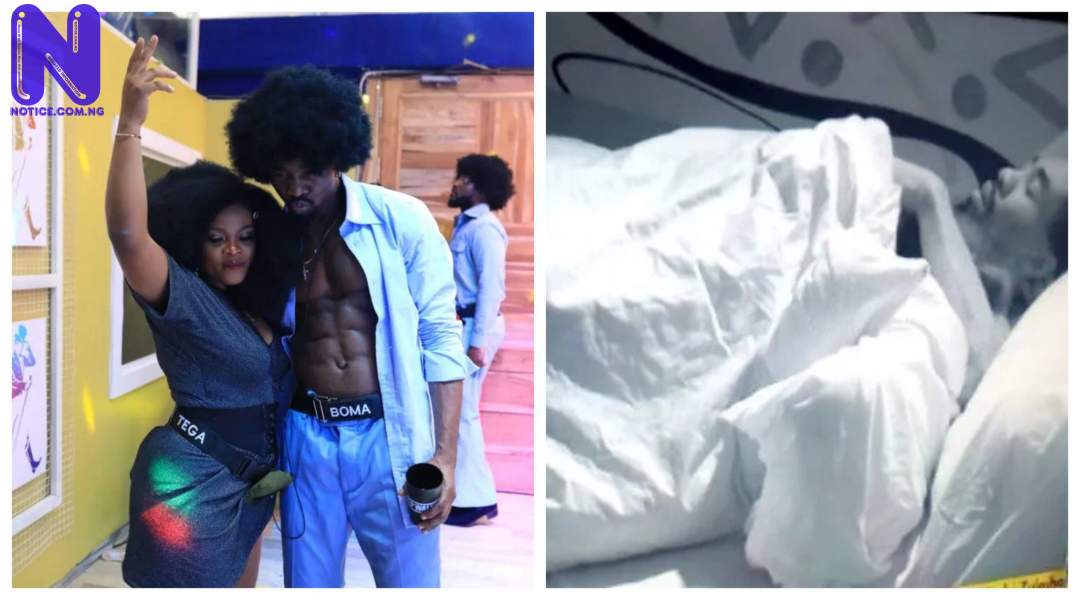 Big Brother Naija Season 6 housemate,Tega has said that Boma is stupid for telling Pere what transpired between them.

Recall that Queen earlier advised Tega to stay away from Boma and Pere.

Queen issued the warning to Tega while they were discussing last night's game which had Pere and Boma talking about her private part.

She also advised her to be careful about things like that because of her marriage outside the house.

However, Tega during a conversation with Boma on Wednesday told him everything Queen said to her.

She went on to state that If she had sex with him and he decides to discuss about it with another person that's his business not hers.

According to her, Boma is the stupid one for having to kiss and tell.

She also noted that she won't take Queen’s advice or withdraw from him either because she's not a child adding that it wasn't enough reason for her to want to avoid someone.

"I mean if me and you make out and then you decide to talk about it with Pere that's your business.

"Why am I supposed to be concerned about that when it’s not my mouth you used in saying what you said.

"Like why should I withdraw from you if you went to tell Pere that we had sex. Obviously it won't remove or add anything to my life.

"I also told Queen that if Boma chooses to tell Pere that we had sex then it’s Boma that's stupid," she said.

In his response, Boma who looked pissed said he wonders why Queen would be going around to discuss stuff about him like that.