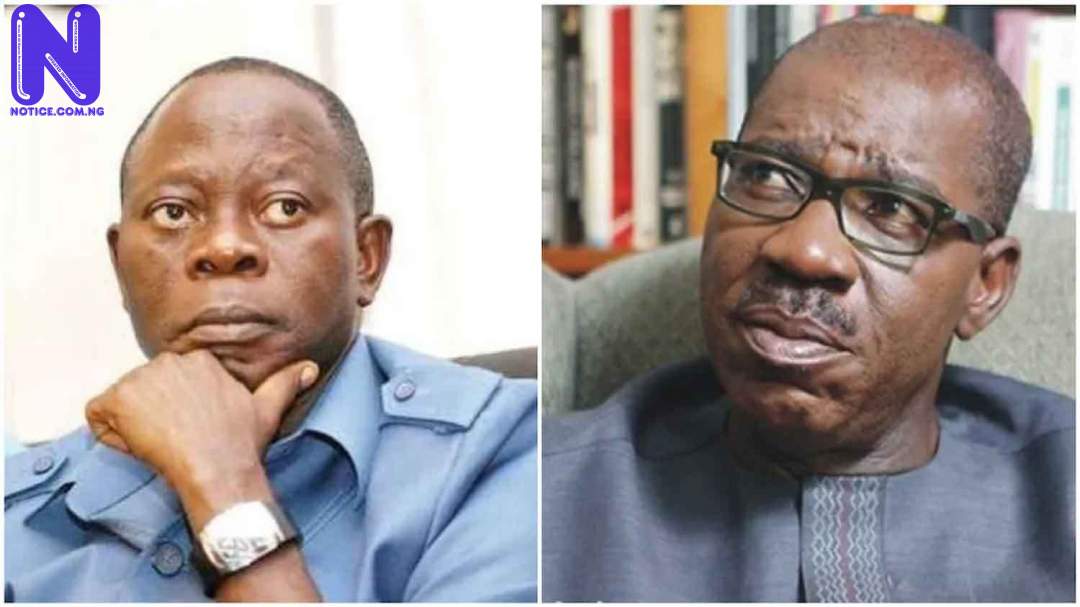 The Governor of Edo State, Godwin Obaseki, has described the National Chairman of the All Progressives Congress, APC, Comrade Adams Oshiomhole as a very big liar.

The Governor debunked the claim by Oshiomhole that he begged him (Obaseki)to nominate a commissioner in 2016.

Obaseki said on the contrary, the APC National Chairman single-handedly picked the governor, the deputy governor and the Secretary to the State Government.

The Governor said that it was Oshiomhole who compiled the list of the state commissioners in his living room.

Obaseki’s claims were contained in a statement issued by his Special Adviser on Media and Communication Strategy, Crusoe Osagie on Saturday.

The statement added, “We are once again forced to call the attention of members of the public to Comrade Oshiomhole’s ability to compulsively falsify the facts.

“The ease with which he lies, especially on issues that are public knowledge, underscores the content of his character and portends an existential threat to the survival of the APC and the impeccable integrity of President Muhammadu Buhari, who is forced to continuously engage with Comrade Oshiomhole being the national chairman of his party.

“If indeed Oshiomhole appointed only Mika Amanokha to Governor Obaseki’s cabinet, why then did the Ex-governor scream to the high heavens and embark on vitriolic media attacks against Obaseki when the governor reshuffled his cabinet, taking out some persons who were sabotaging the administration at the behest of Comrade Adams Oshiomhole.

“In fact, Comrade Oshiomhole compiled the list of those to be appointed commissioners in Edo in his sitting room in 2016, asides picking the governor, his deputy and the SSG.”