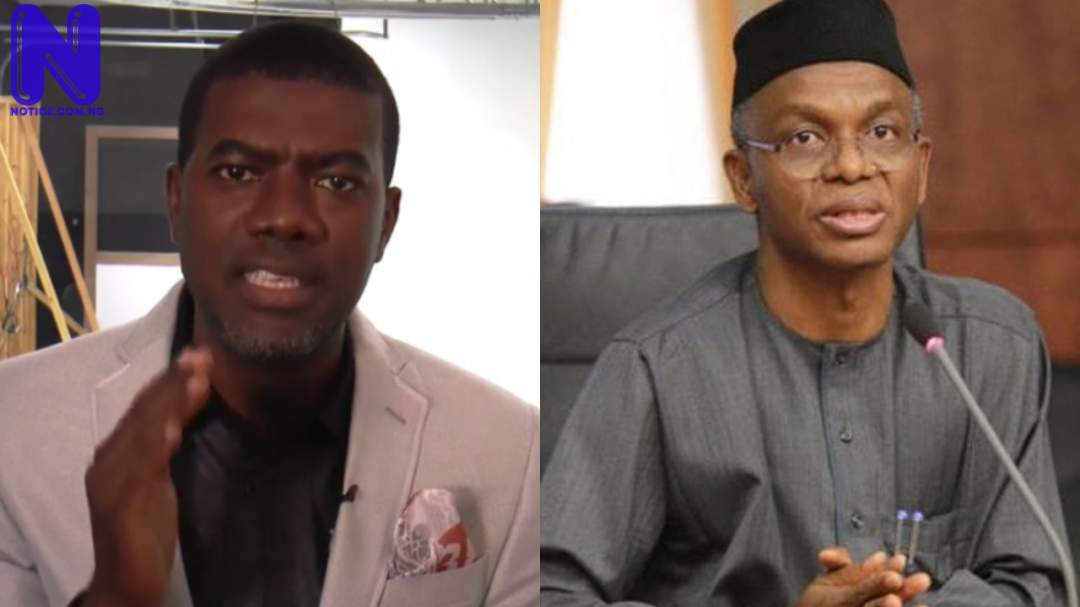 Reno Omokri, a Ex-aide to ex-President Goodluck Jonathan, has condemned the action of Governor Nasir El-Rufai over the ongoing genocide in the Christian dominated Southern Kaduna State by suspected armed Fulani herdsmen and mercenaries.
Omokri insisted that El-Rufai would not escape justice over the incessant killings.
He alleged that the Governor was responsible for what is going on in his State.
He stated this in a tweet via his official Twitter handle on Monday night.
Omokri wrote: “I’ve lost patience with these pray for Southern Kaduna hashtags. They are irritants. Pray, pray, pray! Is that all? Self-defence is a Universal Human Right. Read Nehemiah 4:17 “With one hand they worked at construction, and with the other held a weapon.
“Anyone surprised that a man who insulted Christ is doing little as herdsmen slaughter S. Kaduna people is unwise. @Elrufai already announced his anti-Christ tendencies. May his plan for Christians never materialize in Christ’s name.
“Nasir @Elrufai, you are fulfilling the threat you made in this tweet of July 15, 2012. The ‘loan’ you referred to is being repaid in S. Kaduna. Well, I make my own vow: You will not escape justice for what’s happening in S. Kaduna.”
Press recalls that Southern and MiddleBelt Leaders Forum (SMBLF) had recently criticized the attitude of the Buhari’s administration on the killings in Southern Kaduna.
The forum in a statement jointly signed by Yinka Odumakin (South West), Chief Guy Ikokwu (South East), Senator Bassey Henshaw (South-South) and Dr Isuwa Dogo (Middle Belt), condemned a statement by the Senior Advisee to the President, Garba Shehu who claimed the killings were politically motivated.
The group called on the government to desist from making claims that will further flame the crisis.
Also, the Human Rights Writers Association of Nigeria, HURIWA, had expressed its dismay with the indifference shown by the Sultan of Sokoto, Sa’iad Abubakar Muhammadu, John Cardinal Onaiyekan, the most senior Catholic clergy in Nigeria, Catholic Bishops Conference of Nigeria, CBCN, and the national leadership of the Christian Association of Nigeria, CAN.
Meanwhile, the Inspector General of Police (I-G), Mr Mohammed Adamu, has ordered full enforcement of the curfew imposed on parts of Southern Kaduna by the state government following recent violence in the area.