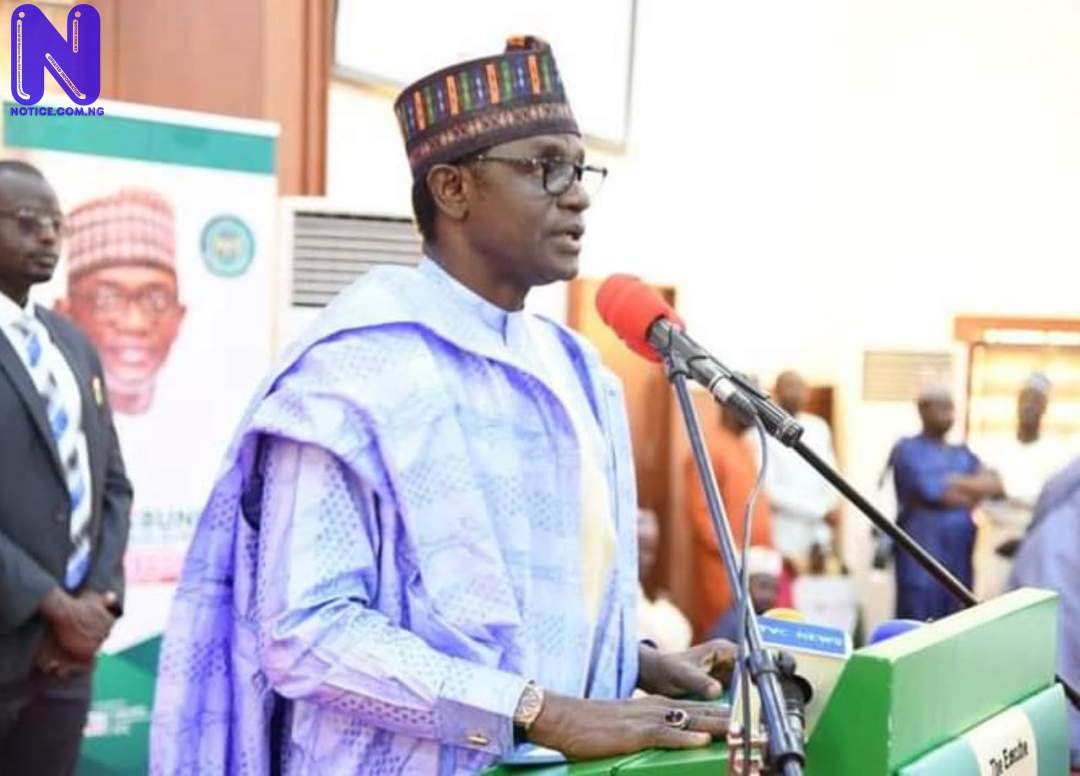 It inline with its aspiration of taking basic and secondary education to an enviable height, Yobe State Governor, Mai Mala Buni has inaugurated a 13-man State Education Council to assist in revamping the sector in the state.

During the inauguration, Gov. Buni explained that on 30th of February, 2021, he had approved the establishment of the Yobe State Education Council as an executive organ with the objective to strengthen the expeditious and articulate implementation of the report on the Revitalization of Basic and Secondary Education in the state.

“Education remains the most effective tool for uplifting dignity, accelerating the technological and socio-economic development of any society”.

“This administration is committed to bequeathing a functional education system that will contribute to emancipating this generation and indeed future generations of Yobe state from the clutches of hunger, disease, unemployment and poverty”, he stressed.

Drawing its membership from a broad spectrum of experienced and sure-to-deliver educationists, academics, and administrators, amongst others, the Education Council is expected to play proactive advisory roles in ensuring that Yobe’s basic education infrastructure is brought at par with today’s requirements of a functional education system.

The governor disclosed that the council’s terms of reference is to among other things: “keep the state of basic and secondary education under review and to direct desirable actions by relevant institutional units, such as Ministries, Departments and Agencies (MDAS) to achieve the set objectives under the emergency on Basic and Secondary Education.

Others are: “to support inter-agency cooperation on education related issues through development of common positions on matters of common concern as well as cooperation in the implementation of education conventions at National and International levels as well as to encourage mechanisms that will promote best practices in Basic and Secondary education policy reforms and education management and also assist in delivery of national, multilateral, bilateral and official development assistance (ODA) programmes”.

According to Gov. Buni, the Yobe State Education Council is to be chaired under him with top government functionaries as members which include: Hon. Idi Barde Gubana, the Deputy Governor; Dr. Muhammad Sani Idris, Commissioner Ministry of Basic and Secondary Education and Professor Muhammad Munkaila, Commissioner for Higher Education, Science and Technology.

Governor Buni said he is confident that members of the committee have what it takes to implement that vision for a new, functional education environment that can inspire Yobe’s children to raise their sights high and make a success of their lives and their academic careers.

Recall that, on 29th May 2019, Gov Buni declared a State of Emergency on Basic and Secondary Education in the State with a view to addressing existing and emerging challenges in the sub-sector. This was followed by the first-ever Education Summit in the state on 1st July 2019.