Yakasai slams Buhari, APC for claiming Atiku is not Nigerian 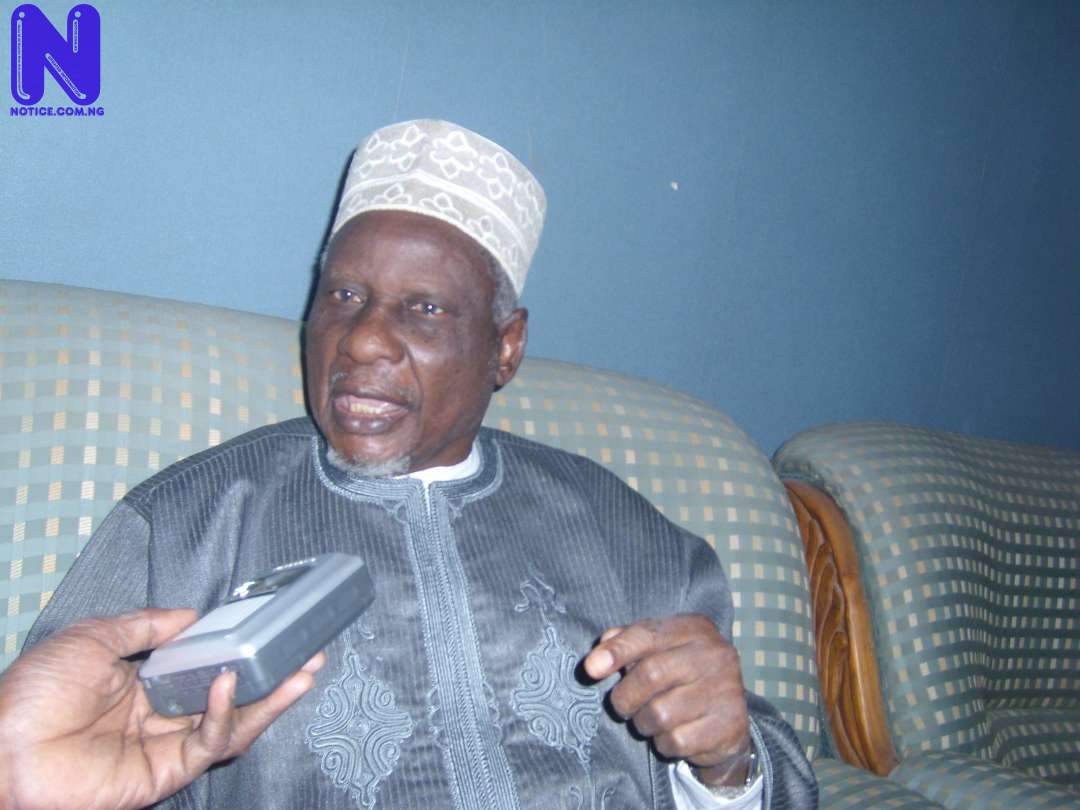 An elder statesman, Alhaji Tanko Yakasai, has insisted that the presidential candidate of the Peoples Democratic Party (PDP), Atiku Abubakar, is qualified to contest for the office of the President because he is a bona fide Nigerian citizen.

Yakasai was responding to an allegation credited to the legal team of the presidential candidate of the All Progressives Congress (APC), President Muhammadu Buhari, that the Ex-vice-president is not a Nigerian but a Cameroonian.

In a statement he personally signed and made available to journalists in Kano, Yakasai said that it is “strange for leaders of the ruling party in Nigeria, the APC, to claim that Ex-vice president, Atiku Abubakar, is not qualified to seek to be the president of Nigeria.

“This is a display of ignorance of the highest order of Atiku’s status as enshrined in our constitution. In fact, APC is the least among political parties in Nigeria to make such an unpatriotic statement.”

“There are people sponsored by the party who contested and won elections to elective offices and are today occupying such positions. Atiku is equally or even better qualified to hold any public office in Nigeria than some of such people,” he stated.

He recalled that “before 1st of October, 1960, both southern and northern Cameroons were trusteeship territories under Nigeria in accordance with Article 76(b) of the United Nations Trusteeship Agreement of 1946.

“This situation dated back to the period of the First World War. Prior to that war, some parts of the old Adamawa Emirate were occupied by the Germans. Southern and northern Cameroons were part of the territories colonised by the Germans along with Togoland, Tanganyika, southwest Africa, we now call Namibia.

“That was after the partition of Africa in 1884/85. After the conquest of Germany in 1919, territories under German occupation were taken over by the newly-formed League of Nations and were assigned to different colonial powers as mandated territories. Tanganyika, southwest Africa and southern and northern Cameroons were mandated to Britain.

Yakasai explained that “in 1946, with the demise of the League of Nations and the emergence of the United Nations, the Mandated Territories were taken over by the new world body and reassigned to the same colonial powers as Trusteeship Territories. Still Britain continued with administrative structures of the territories as same.

“After independence, they both decided their future in plebiscites. Those in the eastern region chose to merge with the Republic of Cameroon, while those in the North decided to remain with Nigeria. The area of northern Cameroon, after the plebiscite, was declared as the 13th province of northern Nigeria.

“The 1960 Constitution conferred recognition on the entire people born in the Trusteeship Territories as Africans born in Nigeria before independence if any of their parents was a citizen of British colonial territory in Africa or was a citizen of West African descent.

“Indigenes of both southern and northern trusteeship territories in Nigeria contributed their quota immensely to the development of Nigeria in various capacities before and after independence. Some of such people were Endeley, Foncha and Muna in the southern territory, and Mallam Abba Habib, Malam Abdullahi Damburam Jada, Ambassador Buba Malabu , Ambassador Mahmud Bello, Alh. Hayatu Kojoli and Mr. Phillip Maken etc.

“Indigenes of the Ex-Trusteeship Territories who chose to be part of Nigeria are equal in all respect to every Nigerian in terms of patriotism, citizen rights and privileges,” he stated.