Yahoo boys on the prowl in Abuja satellite towns - EFCC 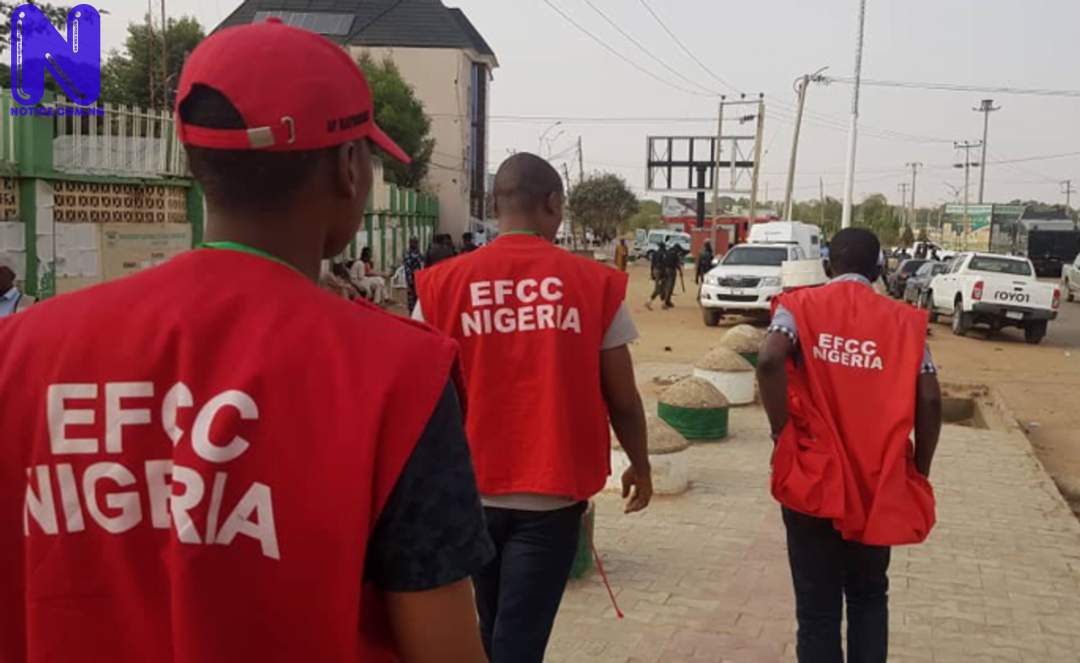 The activities of internet fraudsters, popularly known as ‘Yahoo’ in Nigeria is now on the sharp increase in Nigeria’s satellite towns.

Before the Economic and Financial Crimes Commission, EFCC, began clamping down on them, the fraudsters had taken over major cities in the country, boastfully spending and intimidating neighbours with their ill-gotten wealth.

Foreigners have stereotyped Nigerian People as fraudsters and put the country on the red list, while innocent citizens have to go through a lot to gain the trust of investors.

But, with many people becoming aware of the tactics of these internet fraudsters, they have now resorted to the more dangerous and more sophisticated Yahoo Plus.

This entails the use of metaphysical powers to compel victims to do their bidding. It requires diabolical rituals such as human sacrifice.

The fast money seekers would also be made to go through bathing with some sort of spiritual soaps, sleeping in coffins, bathing in burial grounds, market square, acting mad in public places for a while, having sexual intercourse with a mad person or even eating faeces to become rich.

The Federal Capital Territory, FCT, Abuja city centre, the Central Business District and other places such as Wuse, Garki, Asokoro and Maitama, had been a safe haven for these diabolical fraudsters.

And a lot of girls have fallen victim to this as most of them are used for ritual, especially by their boyfriends with their bodies dumped in different canals or roadsides, while some others suddenly run mad.

An investigation by Press shows that these criminals, majority of whom are youths, are now relocating to satellite towns in the FCT, where they consider safe for their crimes.

One of those incidents of display of arrogance by these boys was when over 40 of them, clad in white garments, stormed Abuja and attempted to breach the security of the popular estates back in February.

A security personnel narrated that they became aggressive, as they attempted to forcibly penetrate the estate.

Just recently, over 30 internet fraudsters were arrested and paraded by the EFCC in Abuja.

The Abuja Zonal Command of the EFCC said that the suspects were arrested on Tuesday, June 14, 2022, in Lugbe and Kubwa suburbs of Abuja, following credible intelligence on their alleged internet fraud activities.

Items recovered from them include Mercedes Benz, Lexus and Toyota cars, mobile phones and laptop computers.

Press understands that there is a mass relocation of these criminals from the city centre to satellite towns such as the Dutse, Kubwa, Ushafa, Bwari and Gwarinpa, while others find safety in towns along the Airport Road, such as Lugbe, among others.

Many Nigerian People believe that the EFCC is doing more in their efforts to clamp down on fraudsters than they are doing in bringing corrupt politicians and public office holders to book.

There are almost daily reports of EFCC arresting these fraudsters with the majority of them in city centres of Lagos, Abuja, Port Harcourt, Enugu and other cities across the country.

And on this, an official of the EFCC, who would not to be mentioned on the ground that he is not not permitted to speak, said, “Well, in this country of ours, people will complain when you fail to do your work and make discouraging comments when you perfectly carry out your duty. EFCC is one Commission whose officials don’t listen to side talks . We are focused on the job of purging the society of financial and economic crimes, be it perpetrated by politicians or anybody else.

“EFCC has been arresting politicians but we do not carry out arrests without carrying out investigations and obtaining viable reasons. You can recall the recent arrest and detention of a Ex-Anambra Governor and a serving Senator from Imo State. There are many such politicians on the EFCC list, some of them are evading arrest but nobody is bigger than Nigerian laws. So it’s wrong, I mean, out of point, to say that the EFCC is only chasing Yahoo boys. Please, that notion is wrong.”

Asked what he makes of the relocation of Yahoo boys from city centres to satellite towns, the Deputy Public Relations officer of the FCT Police Command, ASP Oduniyi Omotayo, said it was not the duty of the police to check who is relocating from one town to another unless such person or group has been reported for a crime.

“And if you see any one committing or to be found to have committed a crime, report such a person. That is where the police come in. We cannot be monitoring people relocating to other places when there’s freedom of movement,” he said.

A lifeless body of a yet-to-be-identified young lady was recently found around PW Bridge in Kubwa, Bwari Area Council Abuja.

Residents said the body of the victim was cut into pieces, packed in a bag and dumped at a river bank in the area.

Asked if this could be linked to Yahoo Plus, ASP Omotayo, said that “Investigations are still ongoing”, adding that though it could be associated with ritual killing, it cannot be connected to any group until investigations are concluded.

On why these fraudsters are now relocating to satellite towns, the EFCC official added, “When you live in big mansions in Asokoro, Maitama, Wuse, Garki and other such areas in Abuja, some people, maybe your neighbours would ask questions. With the way Nigeria is today and with stories being heard, people would want to know your occupation and for how long will you continue to lie and deceive them.

"It is right to say that the majority of these Yahoo boys are now living in these satellite towns. We have intelligence on their activities and our recent arrests can tell you. But no matter where they are, as long as they are in Nigeria, they will not find a safe haven.

“Abuja is different from Lagos. But that is not to say that they are comfortable in Lagos. But they are very easily identified here in Abuja. Here in Abuja, people will easily ask questions by the time you drive luxury cars and live flamboyant lifestyles and this is the major reason they’ve now relocated to Kubwa, Ushafa, Bwari, Kubwa and other towns. But it’s just a matter of time.”