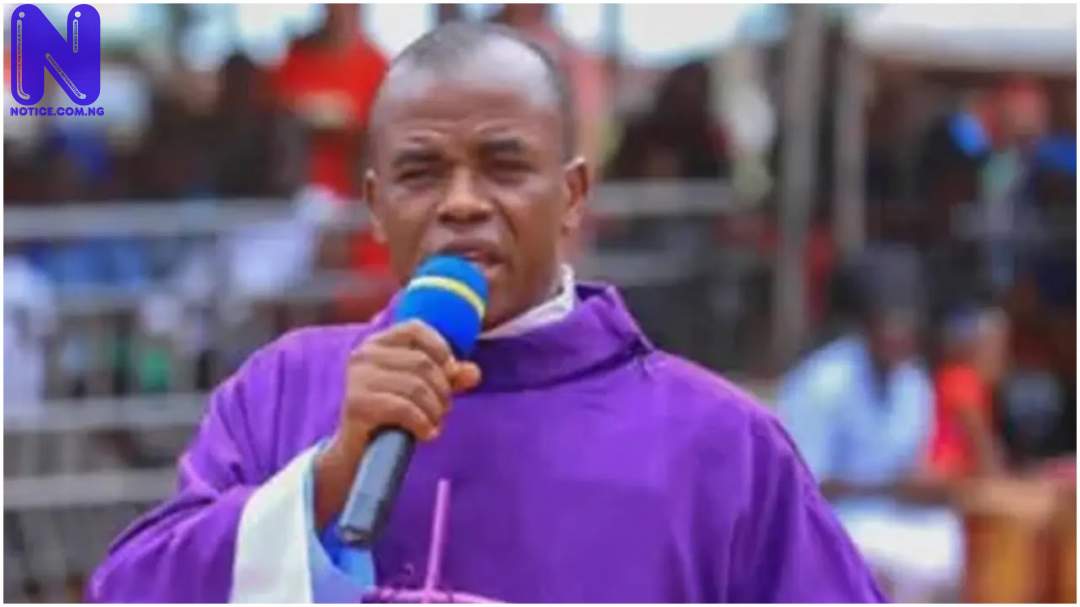 The clergyman spoke in reaction to the recent attack on the Nigerian Defence Academy, NDA, by gunmen believed to be bandits.

Addressing his members during a homily, Mbaka said the attack on NDA was the beginning of what will befall Nigeria if President Muhammadu Buhari-led government failed to change.

He noted that worse things awaited Nigeria if God did not intervene in the country’s current situation.

He wondered if Kanu was responsible for the attack on NDA, stressing that the incident was still elementary compared to what would happen if the government failed to take adequate steps.

According to Mbaka: “Did you not hear that bandits entered into our most secured place in this country? Nigerian Defence Academy (NDA), the impenetrable place in Nigeria and killed some Nigerian military officers.

“Will the arrest of Nnamdi Kanu solve any problem? Will it stop any agitation? Now the attack on the NDA is it Nnamdi Kanu now? Is it not better that he is released?

“Since he is still under their custody and NDA could be perforated, violated and mesmerized, what is the hope of this country if it can happen in Nigeria Defence Academy? Where else is safe?

“As for, two people were arrested in the foreign countries, Sunday Igboho was arrested, Nnamdi Kanu was arrested, Sunday was held down there, Nnamdi Kanu was brought to Nigeria. Now let me ask you question, are you not imagining the velocity of what is going to happen in this country if the entire men of God, prophets of God - real prophets will not stand with Elijah to give assignments to the prophets of Baal, if the prophets of Baal did not experience the power of Elohim, if they didn’t experience the action of the Adonai they will kill Elijah; but they saw that there is God who resides on his altar.”

Kanu, who was rearrested in Kenya and repatriated to Nigeria, has been locked up in the custody of the Department of State Services, DSS.

The IPOB leader was locked up by the DSS following an order by Justice Binta Nyako of an Abuja Federal High Court.

Meanwhile, Igboho was arrested in Cotonou, Benin Republic, while trying to travel to Germany.

Igboho had fled Nigeria to the Benin Republic after DSS declared him wanted, following the alleged discovery of guns in his house.

The freedom fighter has been at the forefront agitating for a Yoruba nation lately.