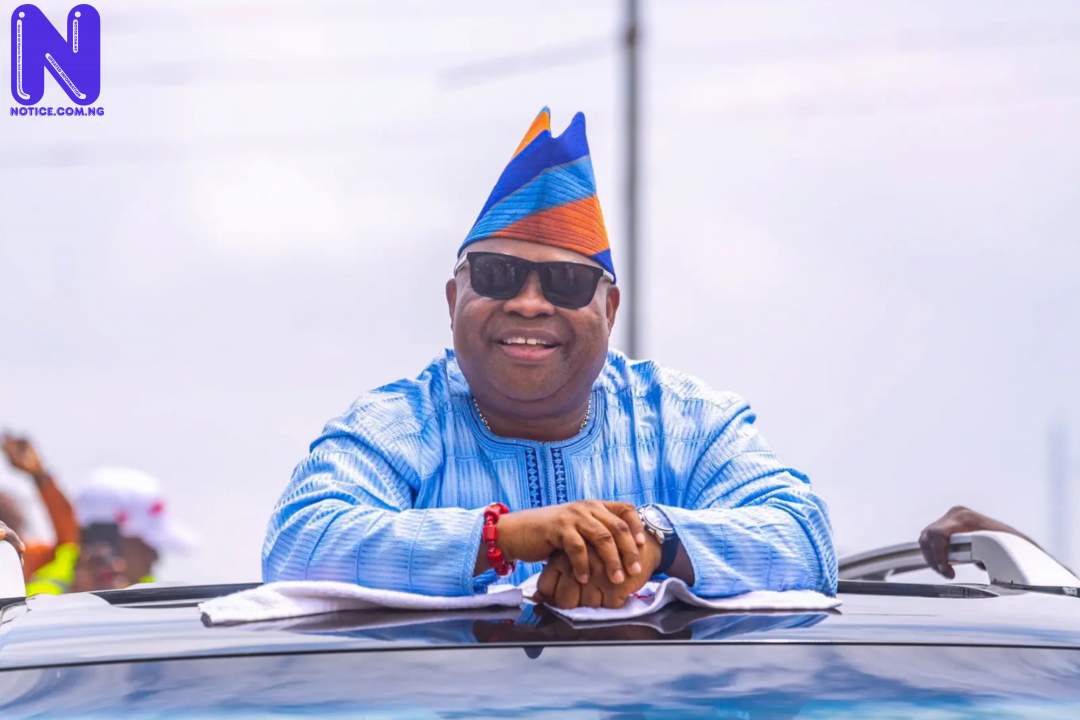 The News Agency of Nigeria (NAN) reports that the workers who had been waiting at the entrance of the State Secretariat since 8 am were seen singing and dancing in anticipation of the governor's arrival.

The governor, who later arrived at the secretariat at about 12:30 pm, after attending some party activities at his campaign office along the Osogbo-Gbongan expressway, was seen waving at the crowd from his car.

DO YOU KNOW >>> ICPC secures conviction of Ex-Perm Sec, one other - N160m Fraud

The crowd of civil servants at the main entrance to the secretariat caused traffic gridlock on the highway for both motorists and commuters.

Adeleke and his deputy, Kola Adewusi, were both sworn in as the sixth Executive Governor and Deputy Governor of Osun State on Sunday by the chief judge of Osun State, Justice Adepele Ojo.