Women protest delay in constitution of NDDC board in Rivers 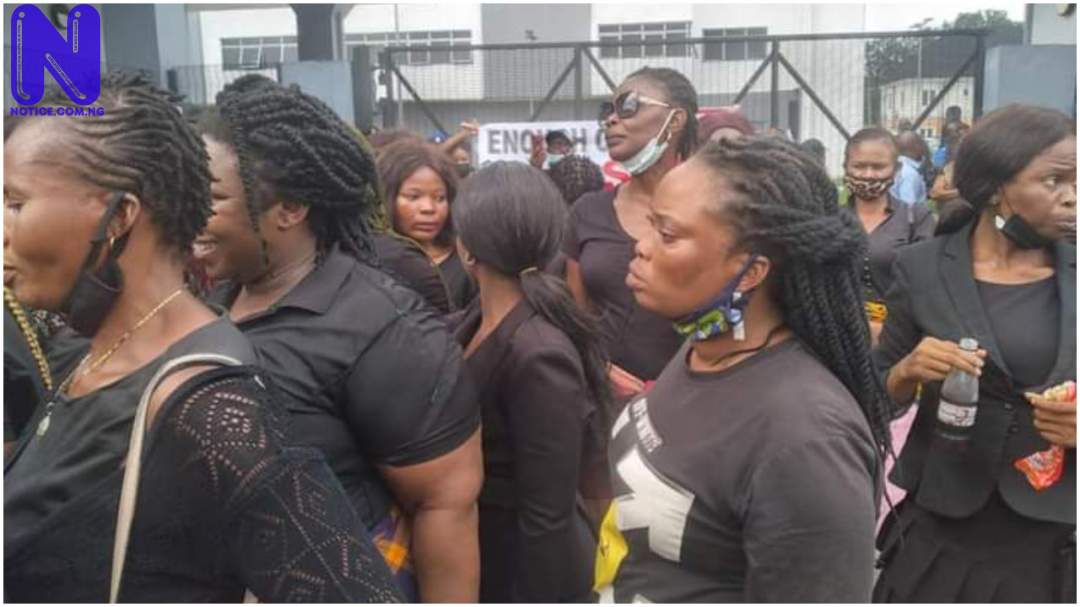 Some women from Niger Delta on Tuesday shut down the main entrance of Niger Delta Development Commission in protest over the delay in the release of the report of the forensic audit of the commission as well as the constitution of the substantive board.

The aggrieved women sealed off the main entrance to the commission with their placards preventing access into the premises.

The presence of security agencies however could not deter the women from carrying on with their protest.

One of the leaders of the protesters Adienbo Odighonin, the Coordinator of the Wailing Women of Niger Delta said the protest was in expression of the grievances against the "sole administrator-ship" of the NDDC.

Odighonin also expressed concerns that they (women) have not been carried along in the scheme of things.

She said "We are here tell Akpabio, Malami and Buhari to constitute the board, to bring to public the outcome of the forensic audit report. To tell them that when constituting the board women should be properly constituted into the system".

"We are here to tell them that this illegal sole administrator should be dissolved".

"We promised Niger Delta that we are going to bring out a naked women protest, this is just the beginning. Women will come here lie down and sleep and tell them that the board must be constituted".

While no official of the commission came out to address the women, a security personnel attached to the office requested that the protester submit their protest letter and give way.