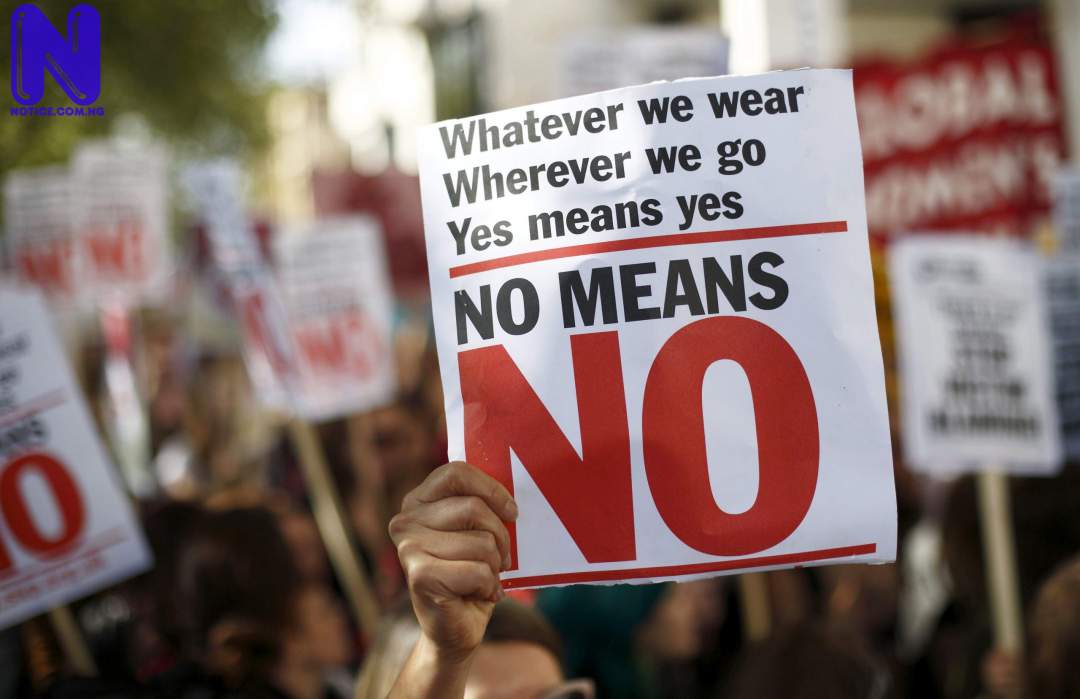 Women journalists in Yobe State have paid an advocacy visit on the Fika Emirate Council in Potiskum to protest the rising cases of rape across the country.
The women under the aegis of the Nigeria Association of Women Journalists, NAWOJ lamented that the menace of rape has become a serious challenge in Nigeria.
In her opening remarks at the Emir’s palace, the Chairperson of the NAWOJ in Yobe State, Fatima Mohammed Ahmad said: “the number of rape cases on males, females and adults as well as other forms of gender-based violence has continued to rise despite stiffer penalties imposed on perpetrators of such evil acts”.
She revealed that it is a known fact that several cases of rape are being reported daily with increasing frequency across the state “such cases are known to be rampant in Potiskum local government area, these cases are alarming and call for concern. They tasked stakeholders to put hands on deck to address this ugly trend manifesting in the society”.
“It is against this background that NAWOJ, whose mandate includes championing the course of Women, Children and the vulnerable in the society to protect their interest as well as fight for their rights declare a nationwide campaign against rape”.
She explained that NAWOJ, Yobe State Chapter decided to kick start the campaign by bringing it to the doorstep of the Chairman Yobe State Council of Chiefs and Emir of Fika, Dr. Muhammad Ibn Abali Muhammadu Idrissa who is so much worried by this menace.
The NAWOJ Chairperson, in spite of that, stressed that no single government agency can address sexual assault prevention alone “portfolios across all levels of government including education, health, justice, crime prevention as well as Non-Governmental Organizations, community members and stakeholders each have a role to play in breaking the culture of silence, to address norms that support and tolerate sexual assault.”
As women and mothers, she said Journalists can not remain silent over the havoc created by this monster “this is disrupting peace and stability in families in the country”.
“We must encourage authorities to uphold zero-tolerance policy on all forms of violence against women and girls in the country, this can not be achieved without the support of the traditional rulers”.