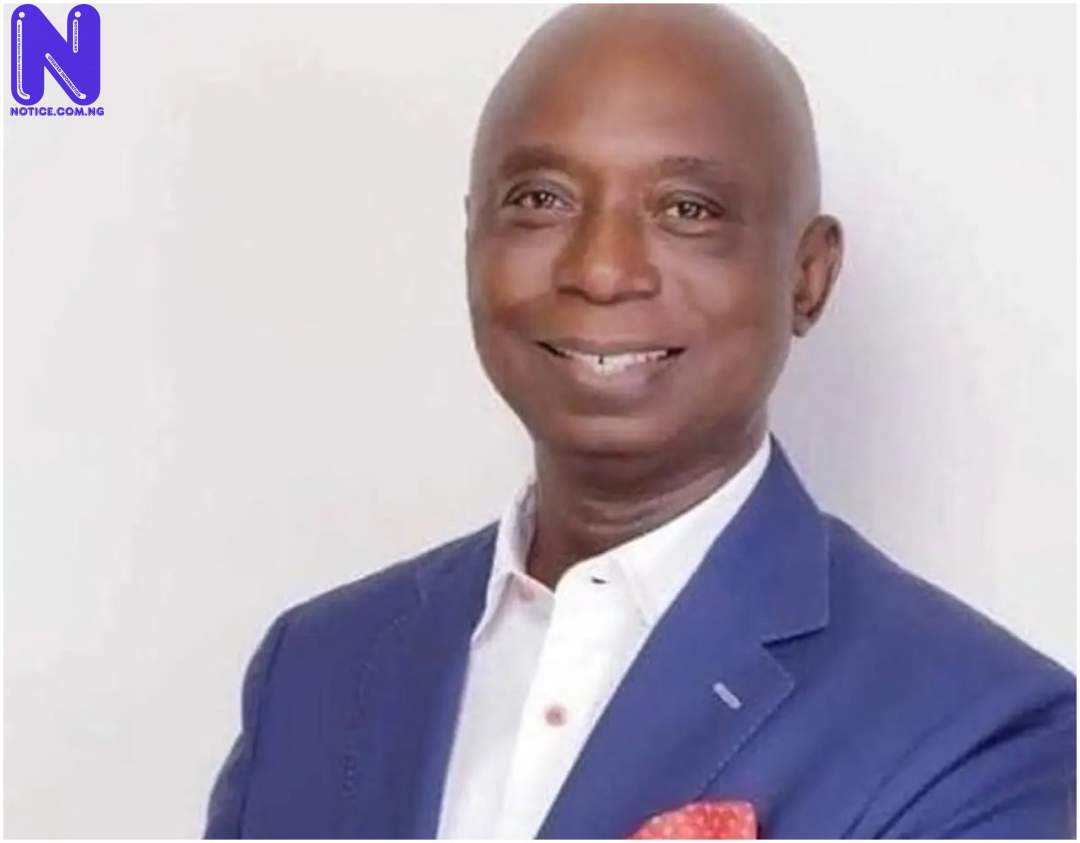 Wike had in a video aimed a dig at Nwoko over the $418 Paris Club refunds.

But reacting, Nwoko, in a statement issued by his Media Directorate, which he personally signed, vowed that it was only a matter of time for Wike to end in jail over his alleged corrupt practices.

He also accused Wike of making fraudulent claims on the alleged payments of 13% derivation to South-South States, describing Wike's claim as fraudulent.

In the statement made available to Press, Nwoko said characteristic of the garrulous governor, "Wike carelessly dabbled again into the issue of the $418 Paris Club refunds, a legitimate entitlement of Prince Ned Nwoko, whose patriotic ingenuity, as a time-honoured lawyer, secured billions of dollars in favour of local and State governments, including Wike's administration as a beneficiary."

He said Wike was chastising him, (Nwoko) for laying claim to monies the international lawyer genuinely earned and approved by the Federal government following various court judgements and 3 separate EFCC reports supporting the payments.

"When has demands for professional fees duly sanctioned by statutory authorities and scrutinised by anti-corruption agencies like EFCC and DSS become ‘fraud'.

"We are appalled by Wike’s wicked and despicable wild goose chase.

"Ned Nwoko Media directorate asserts on the contrary, the Rivers Governor received a whopping share of over 60 billion Naira from the Paris Club refunds to States, thanks to the sterner stuff of Prince Ned Nwoko who took the Federal government to Courts on behalf of the States and local governments and won, over the arbitrary deductions."

Nwoko claimed to have infallible evidence that Wike not only collected the huge funds but squandered the proceeds through phantom projects and frivolous travels around the world in crude obscene ego trips.

"Like discerning members of the public, we are aware of Wike’ s primitive hoarding of illicit loot for elections, a dubious game plan that can only be contrived by a man of opaque character.

"Wike spoke of corruption among some governors. Kettle cannot call Pot black. A man with both hands stained with filthy lucre lacks moral justification to utter one word on embezzlement. To go sanctimonious is unpardonable criminality. Wike, no matter the pretence, has exposed himself towards jail.

"We need to remind Wike for the umpteenth time, in case he has forgotten, that 25 innocent children in life support machines died in a Rivers State- owned hospital the same hour because the hospital could not afford electricity. He could not provide electricity, having diverted all funds to meaningless ventures for self aggrandisement.

"At the appropriate time when his dictatorial reign on the high horse is over, he would surely answer charges of criminal negligence at the International Court of Justice for the sad deaths of those children.

"It is laughable that a man of monumental corrupt tendencies and wanton profligacy could so unabashedly talk when his activities connote unimaginable scam and fraudulence.

"Who was Wike when Ned Nwoko returned to Nigeria in 1999 to win the Aniocha/Oshimili Federal constituency seat and mount the green chambers of the National Assembly as a distinguished member, House of Representatives?

"That he was spoon-fed to become governor through godfather syndrome in 2015, desperately grabbing public funds to his chest, should not be a licence to brag and bully. Let Wike disclose the source of wealth he now flaunts with arrogant vainglorious relish. Can he survive outside dirty politics?" Nwoko queried.

On the alleged payments of 13% derivation to South-South States, Nwoko said Wike was trying falsely and maliciously to instigate the people against some governors.

"Wike postures deceptively in panic to cover his tracks on the well-known serious open secret of his involvement in national economic sabotage through oil bunkering.

"If the governor’s mischievous vituperations on the Paris Club refunds are off-key and unserious, his pedestrian shout on Ned Nwoko’s matrimony amounts to nothing. His false, childish tantrums that the man has imaginary ‘20 wives' sounded like beer parlour gossip, unbelievable from the lips of a governor. How nauseating and condescending. But that is Wike, ever steered by gutter language and uncouth tempers.

"Let Wike delude himself in a bogus gubernatorial robe. By six months time, he would descend into a commoner, stripped of all immunity, bare from boastful manners and haughty airs. Prince Ned Nwoko, a civil fellow who has never been on the street with Wike would then compel him to answer questions about his litany of lies and corrupt misdeeds. He is poised, resolutely waiting to bring the Rivers Governor to justice very soon.

"Since Wike lost the PDP presidential ticket and failed nomination for Vice presidential slot because of his brash and unreliable temperament, he has been weeping, nagging on Television and every fora. Rather than lick his self-inflicted wounds remorsefully, he chose an inglorious path of blame game and transferred aggression. How pitiable for a fake emperor tumbling like the old nursery rhyme clown Humpty Dumpty.

"We hereby wish to emphasise for the avoidance of doubt that no external influence whether overtly or covertly moved Prince Ned Nwoko to challenge Wike’s excesses as the Star Prince of Anioma is a man of his own clout, unaffected and independent by nature.

"He is driven by the conviction as a pioneer and strong stakeholder in PDP, that an unhinged Wike, a latter day political noise maker and opportunist has become a power-drunk bull in a China shop who must be decisively handled, before he plots more divisive embarrassment."

Nwoko added that he has all it takes to humble Wike.