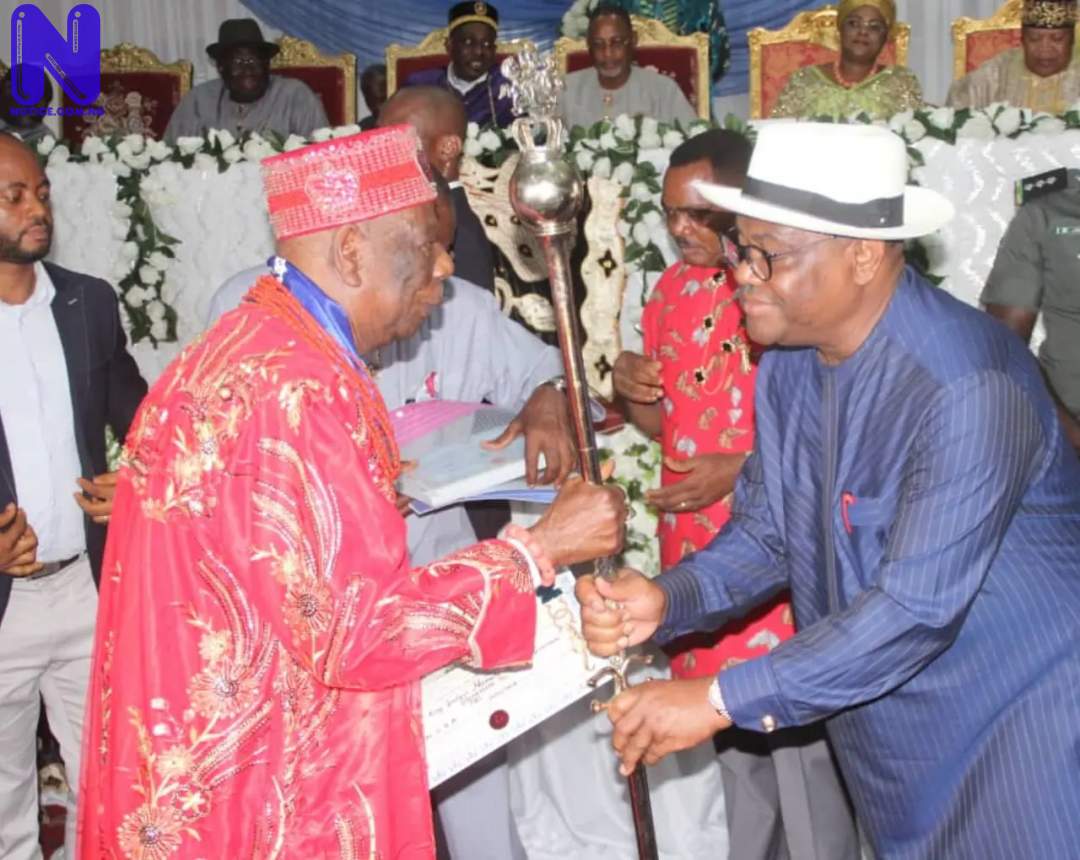 He spoke on Friday in Port Harcourt during the Presentation of Certificates of Recognition and Staff of Office to Government Recognised Traditional Rulers.

He said: “All that we ask from our traditional rulers is to continue to be the rallying point for the advancement and sustenance of peace, unity and progress in our communities.

“We will not hesitate to withdraw recognition from any one of you who abuses your authority or misuse your powers against the law and the collective wellbeing of our people.

“As traditional rulers, it is important to remind you that the progress of your communities depend on the social, political and economic choices you make and the kind of leadership you provide. Indeed, without good leadership you cannot make any meaningful difference and our people will continue to hope against hope”.

He charged the Traditional Rulers to set new development agenda for Rivers communities with the support of the elected and appointed political leaders of their communities and Local Government Areas.

Wike regretted that some Traditional Rulers have been negatively involved in cultism or other social vices, while others have been indifferent to the social crisis in their Kingdoms.

“Under your watch or seeming complicity or indifference,cultism and criminality, especially among community youths continue to rear their ugly heads disturbing the peace and development in ourState.

“Worse still, some of you have become partisan traditional rulers and divisive figures in our communities and thereby constituting obstacles to unity, peace and progress”, he said.

Governor Wike informed that the State Government formally presented present Certificates of Recognition and Staff of Office to 84 traditional rulers of different classes drawn from the 23 Local Government Areas of the State.

He said: “Out of this number, 38 existing chieftaincy stools were elevated and or recognized by our administration from 2015 to date after giving due consideration to the merits of their applications as required by the legal regime.

“As symbolic as it may look, this is the last and perhaps one of the most profound processes in the long line of traditional and legal processes for the formal appointment, recognition and induction of traditional rulers in our State.

“And so, as from today, with your certificates and stamp of authority, all of you will continue to be answerable only to the ordinary laws of our country and the will of your people in the exercise of your traditional authority over your people, communities and territories”.

He assured that the monarchs would reciprocate by continually supporting his administration to succeed.