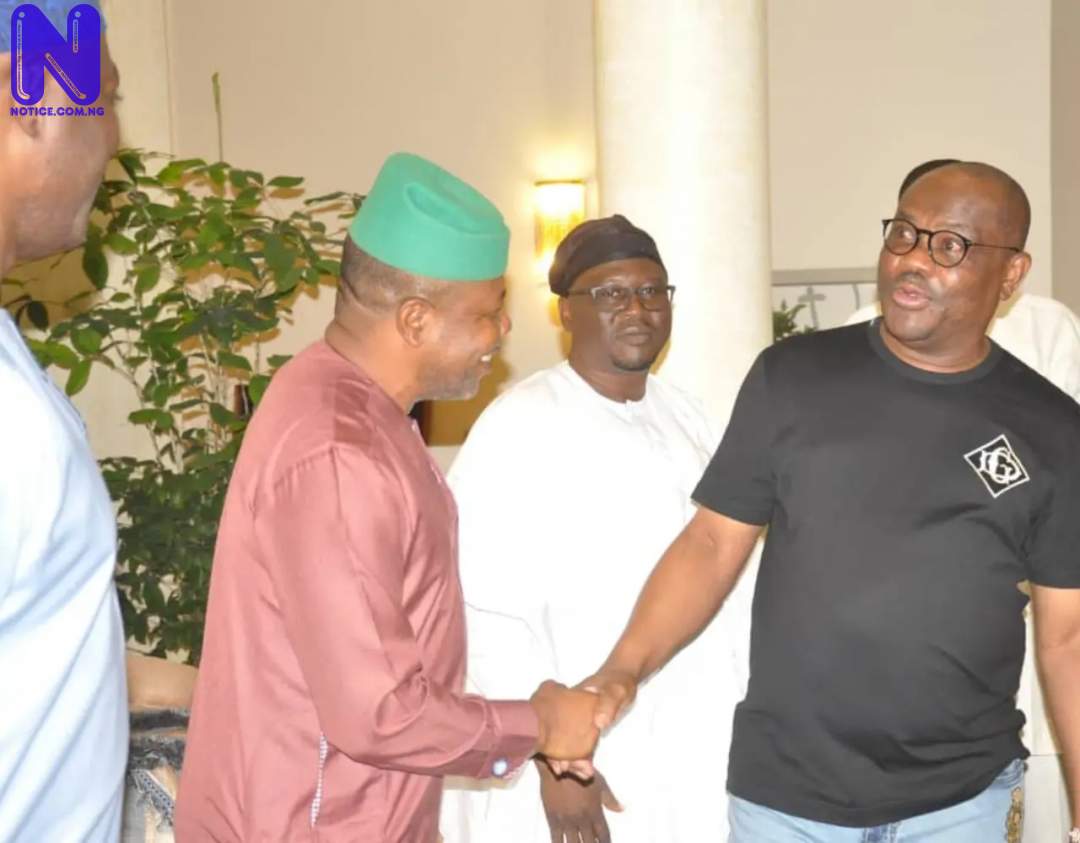 Six governors on the platform of the Peoples Democratic Party ( PDP) on Friday night met with Rivers Governor, Nyesom Wike at the Government House, Port Harcourt.

The Governors arrived the Rivers State Government House at about 6pm and proceeded to the official residence of Governor Wike where they held a closed- door meeting with the Rivers Governor.

The agenda is still unknown as at press time.