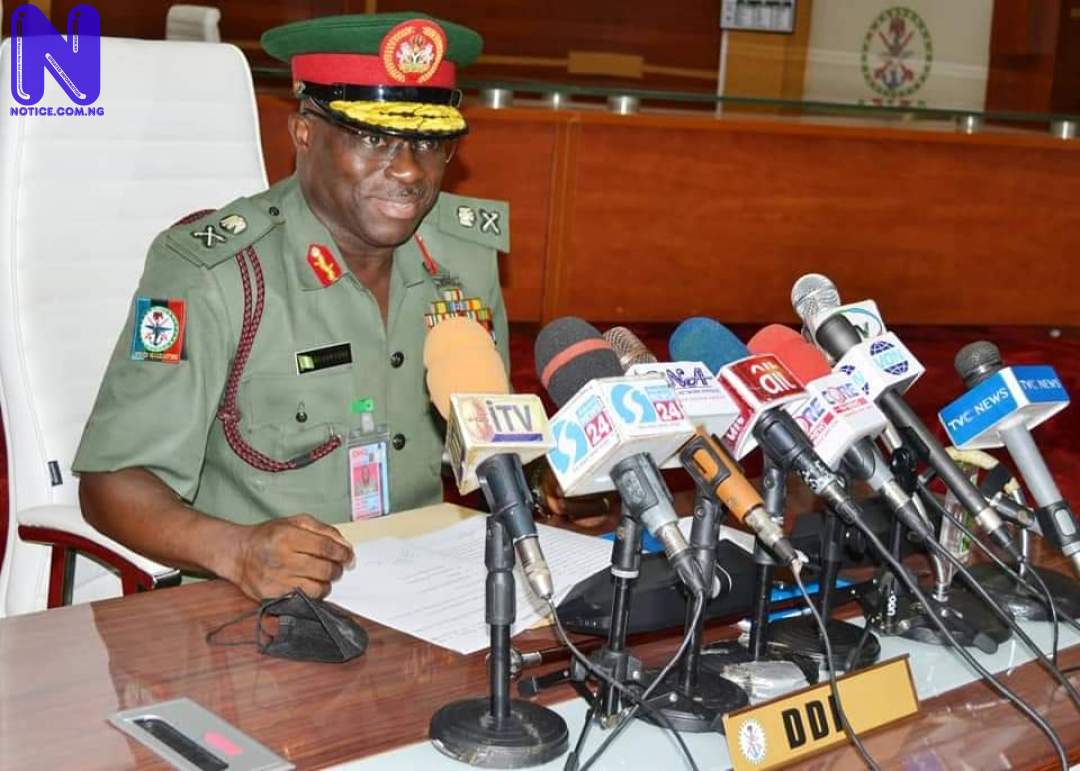 The Defence Headquarters has debunked reports that Commodore Kunle Olawunmi (rtd) was declared wanted by the Defence Intelligence Agency over anti-Buhari interview.

The Director Defence Information Major General Benjamin Sawyerr, in a statement on Saturday, said Olawunmi was only invited via a text message to share intelligence with the Armed Forces in order to fight terrorism and banditry.

Part of the statement reads: "Please gentlemen of the press. There is a Sahara reporters online news that The DIA has ordered for the arrest of Cdre Olawunmi rtd. This is false and not true.”

Sawyerr urged the public to disregard reports online, adding that a detailed statement on the issue will be released soon

"You recall Olawunmi said he has privileged to lots of information during his media interview on Channels.

"He was only invited through text message to come over as a retired military officer to shed more lights with the information that would assist the AFN to further fight against terrorism, insurgency and banditry.

"Also recall that the CDS has just concluded his tour of the 6 Geo-Political Zones where he solicited for the support and cooperation of retired military officers. Arrest of persons was not part of it.

"We are issuing a statement soon," the statement added.

READ ALSO >>> How Venita, others made Ella to break down in tears (VIDEO) - BBNaija Reunion