Why we insist on creation of state police in Nigeria – Fayemi 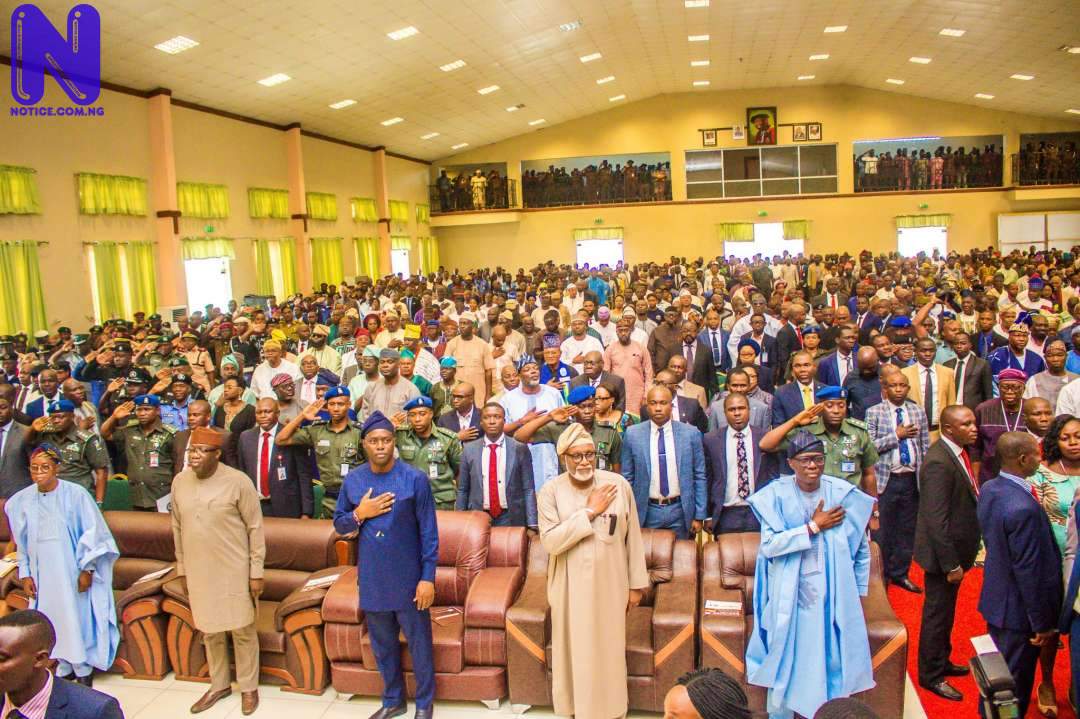 Chairman of Nigerian Governors Forum (NGF), Dr. Kayode Fayemi, on Tuesday declared that the quest for the creation of state police by some governors, groups and individuals in the country was not intended to undermine the existing Federal Police, the Nigeria Police Force.

Fayemi, who is also the Governor of Ekiti State made this declaration while speaking at a security summit, tagged, “Stakeholders’ security summit: Focus on Western Nigeria” held in Ibadan, the Oyo State capital.

The summit, which was organised by the Development Agenda for Western Nigeria (DAWN) Commission, had all the six governors from the region, Rotimi Akeredolu (Ondo), Seyi Makinde (Oyo), Babajide Sanwo-Olu (Lagos), Gboyega Oyetola (Osun) Dapo Abiodun (Ogun) and Fayemi (Ekiti) in attendance.

Others were security chiefs, traditional rulers, leaders of thought and prominent groups within the region among whom are a Ex-deputy governor of Osun State, Senator Iyiola Omisore, Aare Ona Kakanfo of Yoruba land, Chief Gani Adams, Secretary of Yoruba Council of Elders (YCE), Dr. Kunle Olajide, Ewi of Ado Ekiti, Oba Rufus Adejuyigbe and Olukare of Ikare-Akoko Oba Akadiri Momoh among others.

DO YOU KNOW >>> Again, Umahi sacks ex-ambassador, 16 other aides,

The list also included, Dr. Femi Majekodunmi, Oluwo of Iwo, Oba Abdulraseed Adewale Akanbi, AIG in charge of Zone 11 which consists of Oyo, Osun and Ekiti, Mr. Leye Oyebade, Commissioners of Police in the six states, among others.

Fayemi while speaking maintained that clamour for state police by governors in the region, groups and individuals across the country, is not intended to undermine or abolish the already existing federal police.

The NGF Chairman while remarking that the security situation in the country has warranted that each state has its own police, insisted that the exiting federal police and the state police would work together when states are allowed to have their own police.

He maintained that what was obtainable in other countries where federalism is being practiced is that, federal and state police work without engaging in unhealthy rivalry.

READ ALSO >>> Tension rises in Nsukka after politician is murdered

He added that he is of the opinion that federal and state police would work to complement each others’ efforts without any rivalry, as he insisted that the quest is not against the already existing federal police or to undermine it or to abolish it.

“In all the meetings, I have been attending is, security. Even your Governors last week, we were in Abuja last week, when the National Economic Council was inaugurated, we have only one agenda, it is security.

“Our quest for state police is not tantamount to abolition of federal police.

“We have deployed drone system in order to ensure that criminal elements are tamed. Wherever they are, we will track them.