Why we can’t swear in Obayemi Toyin says Ekiti House 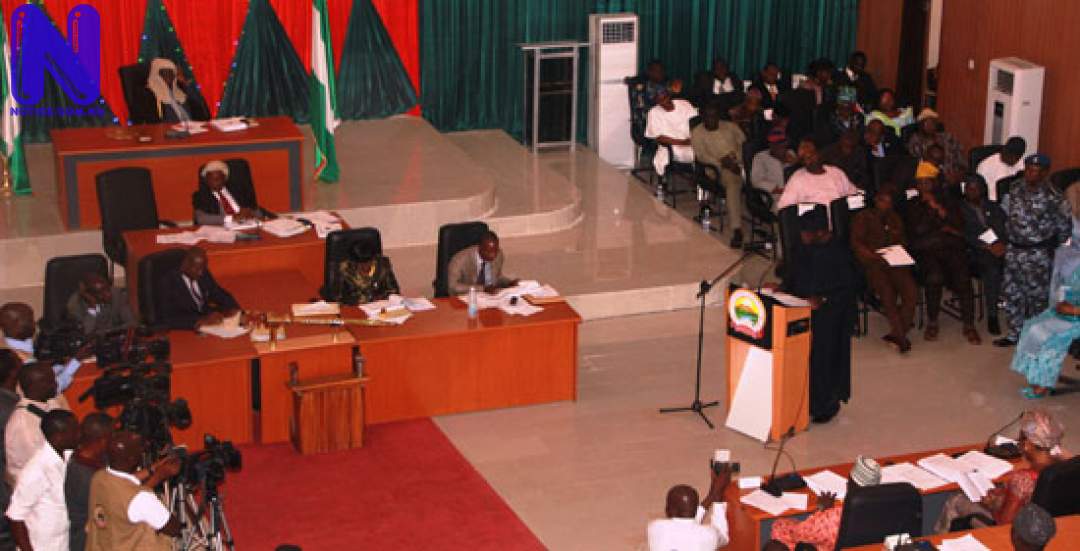 The Ekiti State House of Assembly has stated that its failure to absorb Mr Toyin Obayemi and get him sworn in as a member is not born out of politics, but a product of the House’s policy of adhering strictly to the rule of law.

Obayemi came to the Assembly complex on Tuesday with some cameramen and demanded to be sworn in as a member of the House, brandishing a Federal High Court order and a certificate of return issued by the Independent National Electoral Commission (INEC). Curiously, security operatives swarmed around the complex in droves, obviously as a result of his presence in the complex.

Clerk of the Assembly, Mr Tola Esan, had politely asked Mr. Obayemi to wait till after plenary, as there were procedures to be followed before any would-be members was sworn in as a legislator.

Speaker of the House, Hon. Kola Oluwawole, said the House would continue to hold the rule of law sacrosanct, maintaining that “as a House of Assembly, it is not just our vow, but also our duty to ensure that decisions of courts of law are held sacrosanct.

“There is a subsisting stay of execution and notice of appeal against Justice Taiwo Taiwo’s ruling on the said suit No. FHC/AD/CS/17/2015, which Mr Obayemi brought to the House. The House just must wait until the law courts exhaust their processes before actions can be taken.”

Addressing journalists shortly after the plenary, Chairman of the House Committee on Information, Hon. Olugboyega Aribisogan, who also condemned the invasion of the Assembly complex by security men, said, “the Clerk of the House rightly told Mr Obayemi to wait till after the plenary session when he could have audience with the Speaker over his request.”

He explained that after having received a notice of appeal and stay of execution by Honourable Musa Arogundade against the judgment favouring Obayemi, the House could not simply act against the judicial process until it is conclusive.

“The House, as a legislative arm of government, will wait until the appeal is disposed off before any further action can be taken.

“Wherever the pendulum swings, after all pending legal matters over the issue, be assured that the House is duty bound to obey the courts,” Aribisogan said.