Why universities are churning out ‘half-baked’ graduates in Nigeria 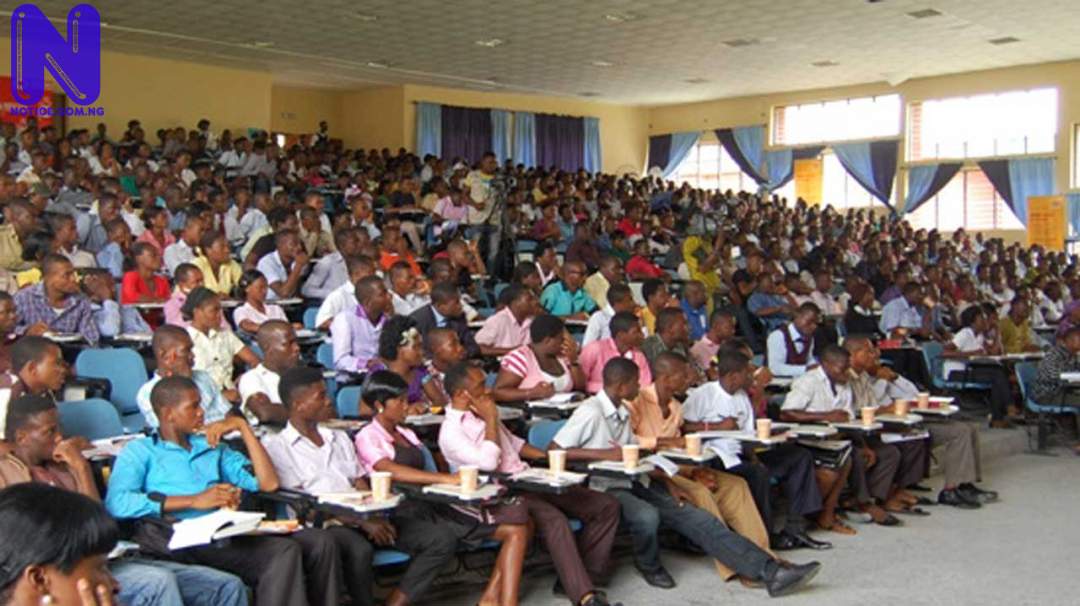 “Most times, private universities produce graduates with empty brains; these graduates hardly contribute meaningfully to the growth and development of the society.
“These graduates become a problem to the society rather than solving the existing problems as intellectuals.
“So, I want to urge the owners and managers of these newly approved universities to maintain standard”.
The above were the words of Dr. Lazarus Maigoro, Chairman of the University of Jos Chapter of ASUU while reacting to the approval given by President Muhammadu Buhari for the establishment of 20 new private universities in the country.
Dr Maigoro’s view may not be unconnected to the belief that most private universities are established business centres with emphasis on profit-making.
One of the parents of a popular private school student, (name withheld) told Press that he can’t pay a huge amount of money as tuition and expect his son to return with Second Class Lower Division.
“I pay the university well, so they can do their job. If my son happens to underperform, it means they are not doing their job very well,”, he said.
This relatively justifies Dr Maigoro’s assertion that most private universities produce problems instead of solving societal problems.
However, while speaking with Mr John Idowu, parent of a University of Abuja student, he said, “Nigerian public universities have maintained a holistic departure from producing better graduates.
“This is due largely to their incessant strike actions that have almost crashed the education system in the country.
“My son is still in that school because I can’t afford a private university. His four years programme has become six years due to everyday strike,” he said.
Recall that in the last ten years, students in the Federal and some State-owned universities across Nigeria have been forced to spend over 832 days away from the lecture halls. This is As stated by data accessed by Press.
The just suspended strike action makes it about 17 times since 2010, meaning that in at least, every five months across the academic calendar year, students had to stay at home. This, experts have said had contributed to the ”half-baked” graduates universities continue to churn out.
A breakdown of the timeline of strikes since 2010 revealed that in 2010, students stayed away from lecture halls for 157 days, in 2011, it was lesser, as only 90 days were wasted. The strike started in December 2011 and ended in March 2012.
According to the data analysed, in 2013, the strike lasted for 150 days, 2014 to 2015 witnessed no strike action, but in 2016, the Academic Union of Universities only down tooled for seven days. In 2017, the strike lasted for 35 days, while 2018 witnessed a 19-day shutdown. The 2020 strike which ASUU embarked upon on March 23 lasted for 274 days.
ASUU, the umbrella body of lecturers in both Federal and State universities commenced a nationwide strike on March 23, 2020, following the inability of the Federal Government to meet the agreement it entered in 2009.
The recent strike was heavily anchored on a payment platform for the university lecturers, as ASUU rejected the Integrated Personnel Payroll and Information System (IPPIS) initiated by the Federal Government.
The litany of strikes has made some parents to lose confidence in the educational system in Nigeria, as those who can afford educational systems outside Nigeria have started pursuing it. Some have even vowed that their children will not school in this kind of educational system.
Learning is always suspended whenever the university lecturers embark on strike.
Blessing Amuche, a student of the Benue State University, told our correspondent that she did not open her books during the strike, “I did not read anything during the strike, and now we are about starting exams, only God will help us.”
In a chat with a psychologist, Christopher Abah in Abuja, he highlighted some negative effects of long gap in learning which As stated by him includes forgetting.
“When you avoid learning for a longer period of time, you risk forgetting even what you learnt previously.
“Learning is a process; which means it is continuous and not what you do and stop, then continue again. Those who do that always end up as quacks in their fields because there must have been a break in learning,” he said.
But some lecturers who pleaded not to be mentioned for the fear of victimization said the only way to get the government’s attention is to embark on strike.
A lecturer at the University of Nigeria, Nsukka, UNN, said “The only way to get the government to look at our demands is by simply leaving the classrooms. We have a government that places little or no value on the educational system. Imagine what is happening! No reasonable government can allow students to remain at home for even a week over what they can solve. It goes to show the position education occupies in governance.”
Efforts to reach the education ministry to get a reaction on the incessant strike actions in Nigerian university failed as calls were not taken.

DO YOU KNOW >>> WAEC cancels exams for private candidates