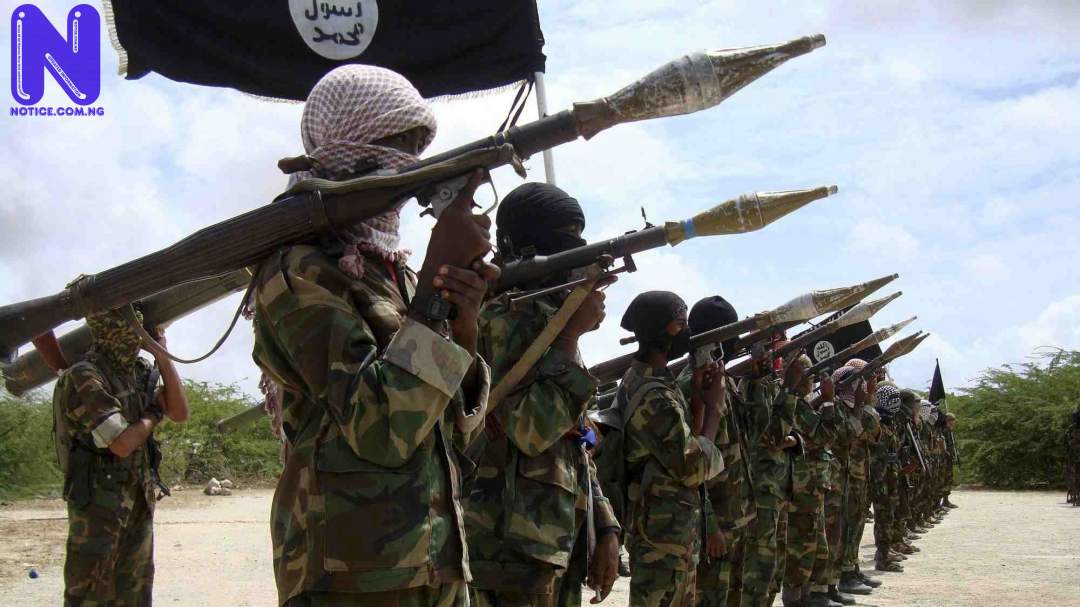 On Thursday, January, 2022, there was a security breach in Chibok Local Government Area of Borno State.

Fighters suspected to be from the Islamic State for West African Province, ISWAP, attacked Pemi Ward, which is about a few kilometres outside of Chibok town. There are about six political wards across Chibok with the same name ‘Pemi’ as called by the locals.

The insurgents looted food items and belongings of the people.

It was learnt that Thursday’s attack was the 97th time Chibok and its surrounding villages would be attacked by the insurgents since the abduction of the 276 girls from their dormitory on April 14, 2014.

Residents of Chibok area of Borno State in northeast Nigeria had fled their locality for fear of further attacks. These people had continued to ask, “why Chibok?”

Currently in Chibok, only the older generation are said to be at home and taking care of the upcoming generation. The teens and young adults have relocated to cities across the country like Lagos, Abuja and Port-Harcourt to seek a new beginning.

Press spoke with Dr. Allen Manasseh, one of the sons of Chibok land, who had been in the forefront calling on the international community and government to deliver his people from the frequent attacks by Boko Haram and ISWAP elements that lay siege to his beloved town.

According to the member of the Oby Ezekwesili-led Bring Back Our Girls, BBOG, Chibok town, which falls between the dreaded Sambisa and Alagarno forests in Borno State, is under the protection of the Nigerian military.

“There is a base, a brigade, which is headed by a Brigadier General now in Chibok town,” Manasseh said, "but that is not to say that everything is fine. Our people are constantly under attacks. Few days ago, there was an attack at Pemi and I am still waiting to get the report on the extent of damage. These insurgents, after taking enough food items, will burn down the remaining ones, leaving the villagers to rot.

"The last time, it was the son of the soil, General Dzarma Zirkushu, who was killed between 15km of Chibok and Askira/Uba Local Government. During his time, he was a vibrant general both for his duty as a soldier and for his people, yet, between Chibok and Askira/Uba, he fell by the bullets from the insurgents,” Manasseh lamented.

Speaking on why Chibok remains under constant attacks by the insurgents either from the Boko Haram, JAS or the Islamic State for West African Province, he said, “This is not because the military is not doing well, but this is about a few soldiers trying to protect a large area with larger enemies or rather larger army from the insurgents’ side.

"It is rather unfortunate for our military that Chibok is situated between two dangerous forests. The terrorists have a route from Sambisa to Alagarno through Chibok villages. The insurgents have continued to attack villages in Chibok town because of their proximity to these two evil forests. Today, if they did not attack Kautikari, they will attack Mife or Pemi and it goes like that. Most of the time, they do this unchallenged.

“Damboa Local Government Area is all forest like Askira/Uba. Chibok lies in the centre with both Damboa and Askira/Uba currently housing thousands of terrorists in hundreds of camps. If you talk to our people about this, all they will tell you is that only God can save the situation. I have done a lot on this you know and it is making me feel sick because it looks like the governments at state level and national have abandoned the people of Chibok to fate.

“The Damboa-Biu road, which was abandoned for a long time, is the insurgents’ crossing point to either Alagarno or Sambisa and Chibok may just happen to be an unfortunate location. The whole of Chibok is a farming community. So, it is like the food barn for the insurgents that each time they are in need, they come for it,” he said.

Also while speaking on the abduction of the 276 Chibok girls, Manasseh said, 110 are still in captivity.

According to him, Chibok people, concerned Nigerian People and members of the BBOG have not stopped their calls on this regime to do the needful and rescue the remaining girls in captivity.

"We shall not get tired of doing the right thing in the face of mountains of challenges. Unfortunately, most of our challenges are coming from the same government, which promised to ensure the return of these girls. But we shall remain a constant reminder to them that some people have not let sleep overtake them as they stood for these Chibok girls and many others still in Boko Haram custody until they are brought back and reunited with members of their families,” Allen Manasseh said.

Speaking on the constant breach of security in and around Chibok town, a security source told Press on Saturday, that the fight in the northeast region is not only a physical fight but a war of ideology.

"Unless the government and religious leaders come in to disabuse the mind of some of these fighters and make them understand that they are not doing well for their country and also tell them the religious wrong in their message, I am afraid, we will continue to fight in the northeast for a while.

"Security breach is not only about Chibok, everywhere that we have been fighting in the northeast have experienced this. Also, there are saboteurs, who want this conflict to continue for their own benefit. Why Chibok? I can tell you that Chibok is one of the areas that have a lot of hiding places because of the rocks and mountains as well as caves. I never knew Chibok has some of the caves I have seen in other places until work brought me here.

“Also, you look at the distance between Chibok and Gwoza, Askira/Uba and Damboa. Being close to Chibok makes it more vulnerable to attacks because all these areas have camps housing terrorists," he said.

Press made effortsto to talk to the Director Army Public Relations, Brigadier General Onyema Nwachukwu, but all attempts could not yield result as he could not answer his calls on Saturday evening.

However, sources in Chibok said the situation is still tense as people in Pemi continue to count their losses after the attack on Thursday.

"Attacks in Chibok may not end soon,” Sunday Mutah, a resident of Chibok town, told Press.

"This is just the truth. We have been saying it. A lot of write ups have been made, people have come all the way from distant places to interview us in Chibok. Media people have been writing and we have been reading, but this government turns deaf ears to our cries,” he lamented.