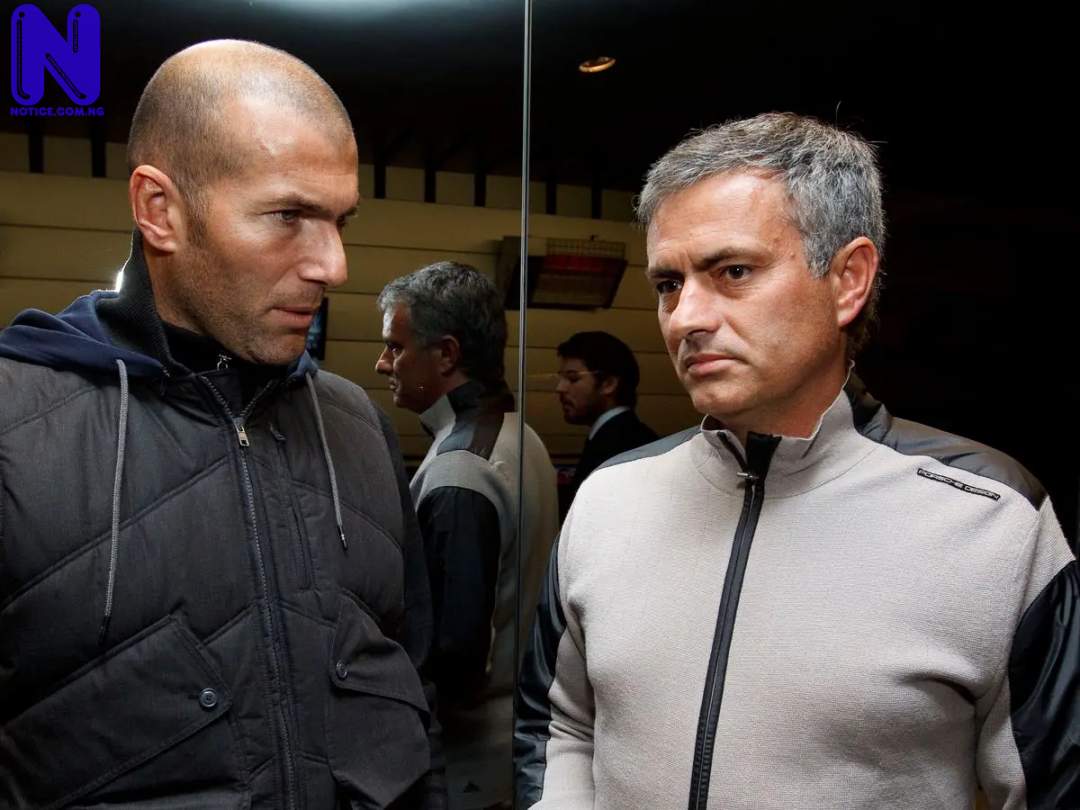 Jose Mourinho is set to take over at Real Madrid as the LaLiga giants could sack Zinedine Zidane this week, As stated by UK Mirror.

Zidane’s future at the club has been under heavy scrutiny this season, and the newspaper reports that his job is on the line in the upcoming Champions League clash with Galatasaray.

Real Madrid will take on the Turkish giants on Tuesday and the showdown follows their recent shocking 1-0 loss against Real Mallorca.

Mirror reports that their midweek European game is do-or-die for the Frenchman as the World Cup winner does not boast the backing of the entire board.

Some members of Real Madrid board are still angry with Zidane over the club’s 7-3 loss to Atletico Madrid in the summer and the 3-0 defeat against PSG in the Champions League.

Los Blancos are currently sitting bottom of the group A of the Champions League behind PSG, Club Brugge, and Galatasaray.