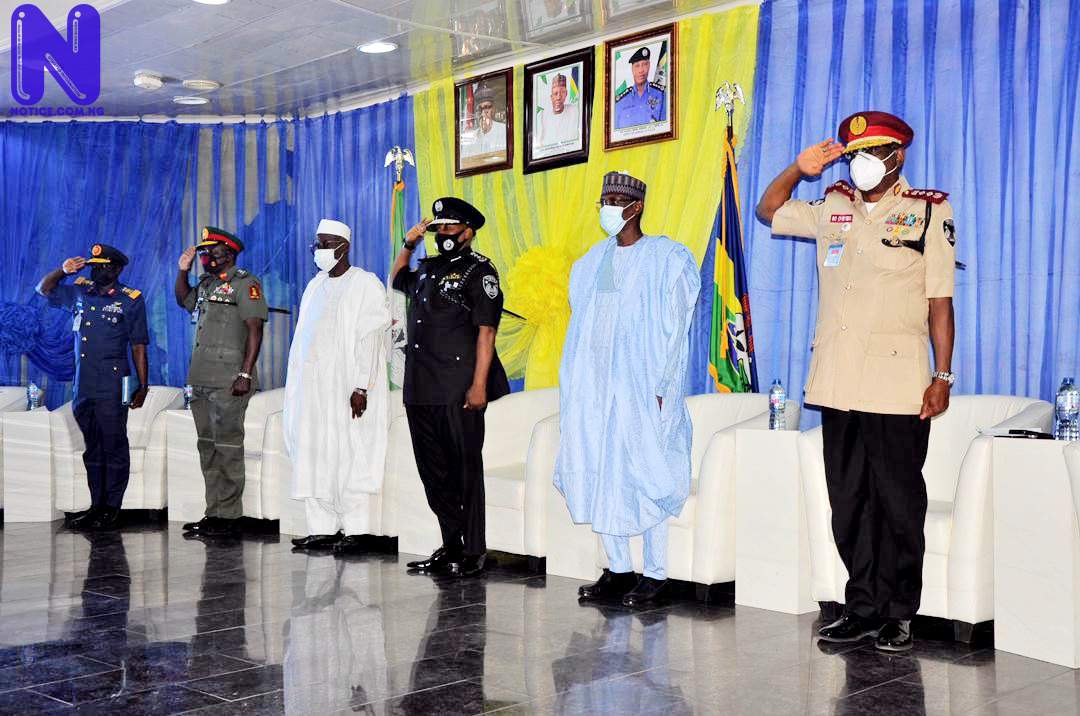 on April 6, 2021. At the time of the appointment, the Ex-Force Secretary was the Acting DIG, Finance and Administration.

Previously, once a new IGP assumes office, those on the same or higher rank are retired.

On Monday, Dingyadi said there was no retirement this time because adequate additional manpower was required to prosecute the fight against insecurity.

He spoke in Abuja at the International Peace Centre during the decoration of 24 Commissioners of Police promoted to AIGs.

The Minister stated that the government deliberately left the senior officers to have many hands in the Force.

“The Police has retained experienced professionals that would contribute toward sustaining the relative peace of the country”, he said.

Dingyadi said that the criteria for the appointment of the new AIGs were based on merit, professional conduct, and individual performance.

He reiterated commitment to the Buhari administration to the welfare of Police personnel.

Dingyadi confirmed that the President directed the Salaries and Wages Commission to produce a new salary structure.

“Officers should re-double their effort in the fight against insecurity. A lot is expected of you in contributing your quota towards peace and unity", he added.

On behalf of the Armed Forces and paramilitary, the Chief of Army Staff, Lieutenant General Faruq Yahaya said security agencies look forward to working with the new AIGs whenever they are deployed.

"No agency can do it alone. With synergy and each agency’s uniqueness and competence against both known and unknown adversaries, none can withstand our collective efforts”, Yahaya declared.