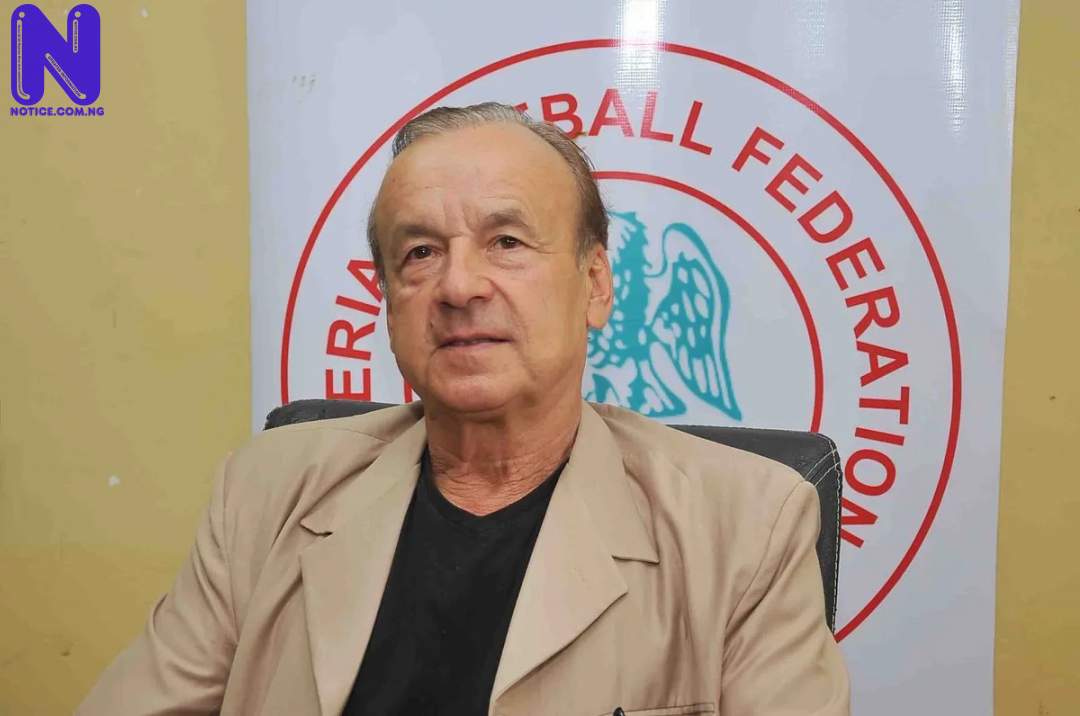 Gernot Rohr, the Super Eagles coach, has said that it would be difficult for him to pick a list for next month’s 2021 AFCON qualifiers because of the new players who did well during the international break.
Nigeria rounded up their friendlies with a 1-1 draw against Tunisia on Tuesday night after losing 1-0 to Algeria last Friday.
Reflecting on both friendlies, Rohr insisted that there are positives to take into their next clash against Sierra Leone in the AFCON qualifiers.
“The two friendly games we played were very good competitive games,” Rohr said as quoted by the Super Eagles’ verified Twitter handle on Tuesday night.
“Algeria and Tunisia are very good teams. Indeed, the results could have been better. We could have picked a draw against Algeria and a win against Tunisia.
“We have some positives to pick out from the games because in spite of missing some key players we still competed well.
“Now it’s going to be difficult for me to pick our list for the AFCON qualifiers next month because of the new boys who did well.”