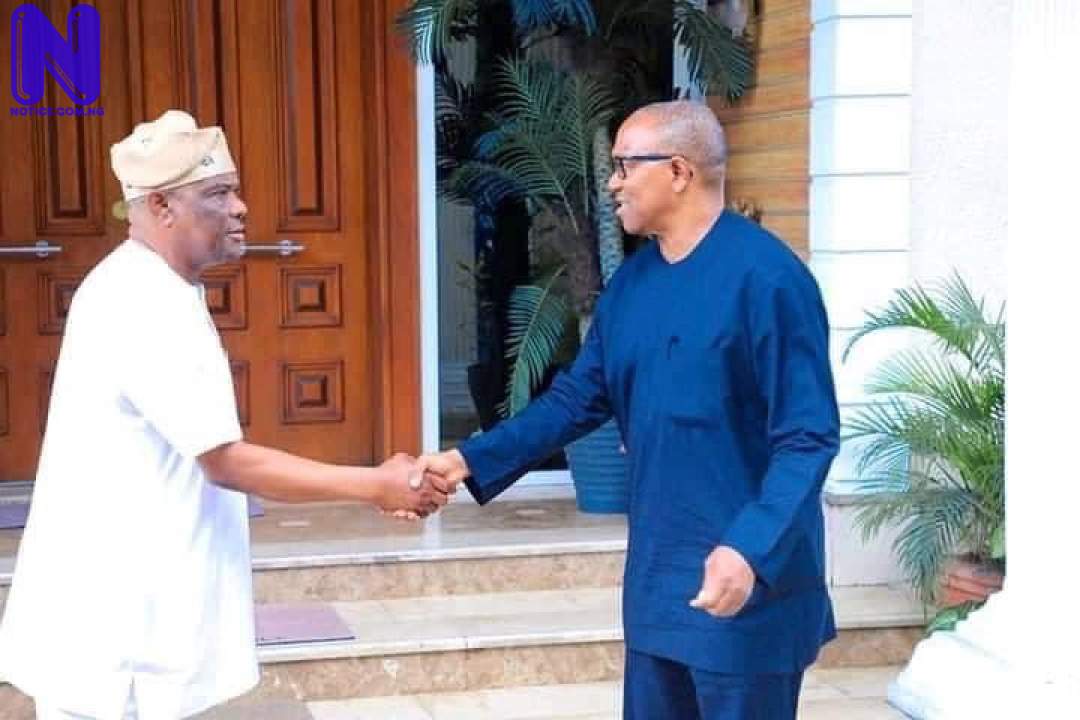 Peter Obi, presidential candidate of the Labour Party (LP) has given reason he paid a visit to Governor Nyesom Wike of Rivers State.

Obi visited the Ex-presidential aspirant of the Peoples Democratic Party (PDP) at his private residence in Port Harcourt on Wednesday.

While details of the meeting remains sketchy, the Ex-Anambra State Governor, hours later, took to his official Twitter handle to give a hint on why he met Wike.

He disclosed that he met with Wike to discuss vital national issues.

His tweet read: "Earlier, I visited Port Harcourt, to confer with H.E. @GovWike on vital issues of national interest."

Obi's visit came concerning speculations making the rounds that the Wike, Ex-presidential hopeful on the platform of the main opposition Peoples Democratic Party, PDP, may in a showdown, defect to the Labour Party.