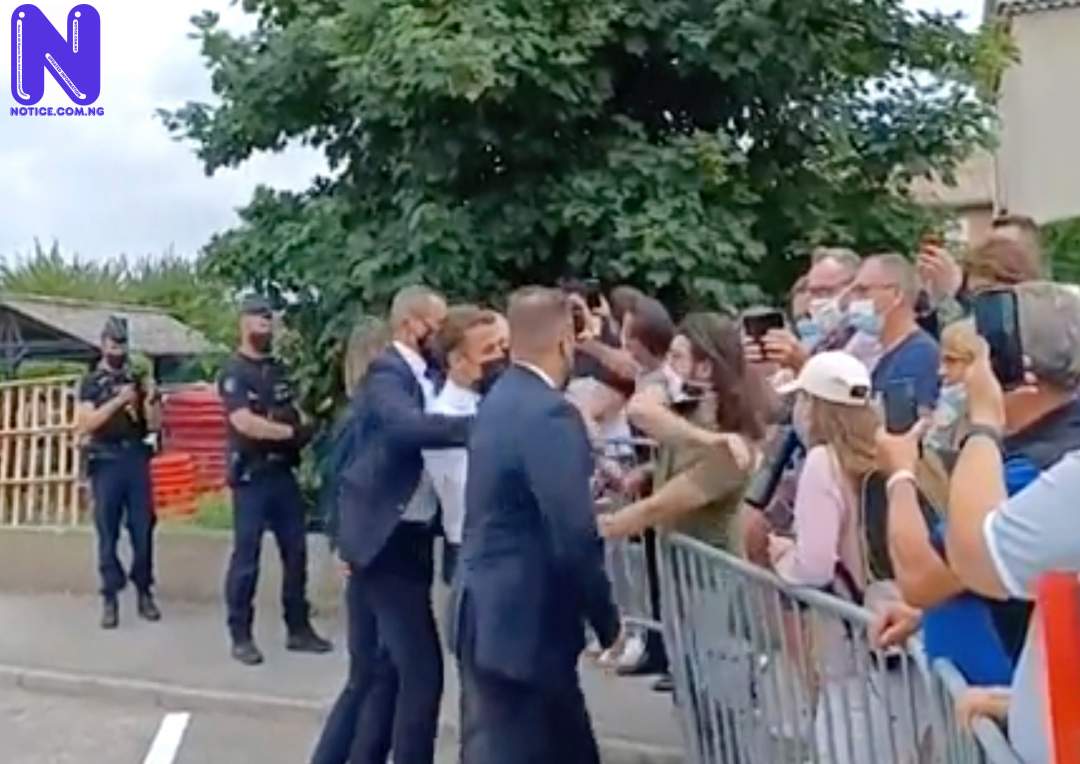 Twenty-year-old Frenchman, Damien Tarel has explained to the court the reason behind his decision to slap the country’s President, Emmanuel Macron.

However, his explanation could not stop the court from handing him a four month jail for slapping his president.

Despite the presence of security personnel, Tarel had attacked the French president when he (Macron) was exchanging pleasantries with members of the public during a trip in France's Drome region.

DO YOU KNOW >>> Family gives date for T.B Joshua’s burial

The 28-year-old told the court on Thursday that he had thought about other ways to embarrass the President several days ahead of Macron's visit to the region.

Tarel said he had thought about throwing an egg or a cream tart at the president, but added the slap was not premeditated.

"I think that Macron represents very neatly the decay of our country," he told the court, As stated by BFM TV.

"If I had challenged Macron to a duel at sunrise, I doubt he would have responded."

He added that he was angered by Macron’s “friendly” looks. The court handed him an 18-month jail term out of which 14 is suspended.