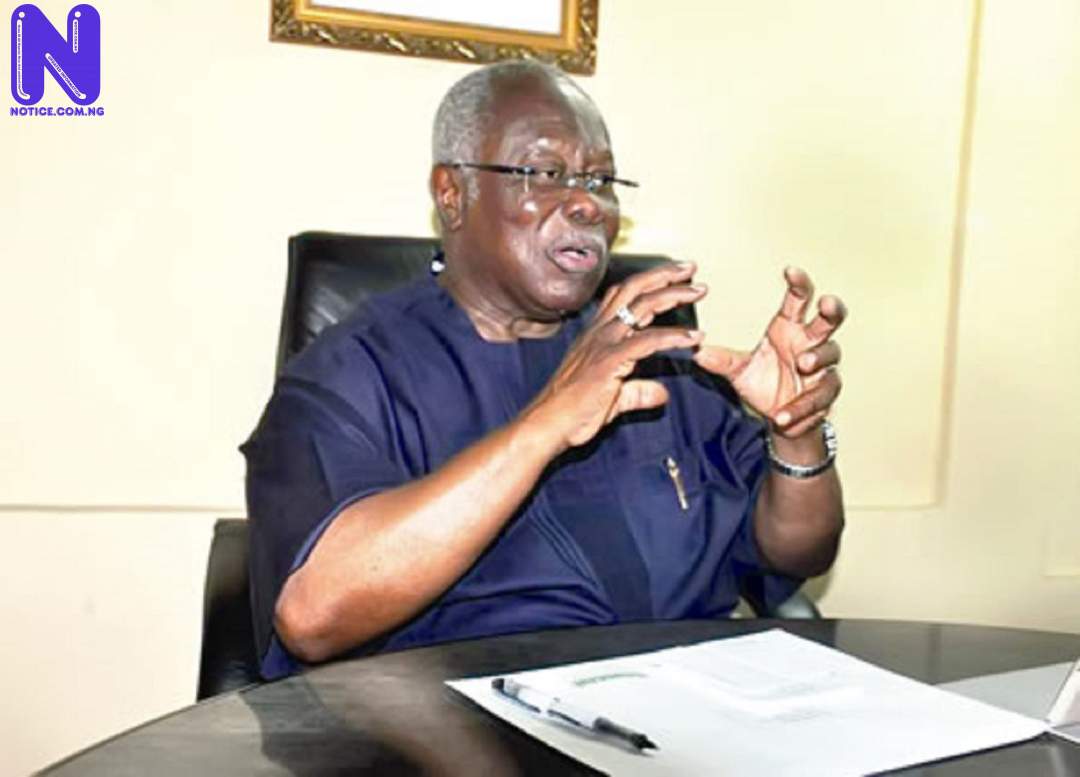 Ex-Deputy National Chairman of the Peoples Democratic Party, PDP, Chief Bode George says he would not hesitate to relocate from Nigeria if the National Leader of the All Progressives Congress, APC, Bola Tinunu emerges next president of the country.

In an interview with Vanguard, the one-time military governor of Ondo State explained that Asiwaju lacks the capacity to lead the nation, stressing that he (Tinubu) would be a big disgrace representing the country in the international community.

The 77-year-old man, in spite of that, clarified that he has no personal issues with Tinubu, adding that he only speaks because he owe the general public the truth.

According to him, Tinubu’s comment that he had been making kings and would want to be king himself was very annoying. Bode stressed that in Yoruba culture, king makers don’t emerge king by choice.

He said “I will relocate from Nigeria, I will leave the country because Tinubu will be your representative in the international plain. Which investment will he bring here?

“I am not talking because I have any hatred for him. This is not the kind of person that we can hand over this massive country to manage. He will be the greatest joke on the international plane. We should bother who should lead us no person like Tinubu. Those supporting him are those who have benefited from his largess.

“There is absolutely nothing personal. This is my country. At 77, why will I not be able to tell truth to power? I have some facts about this character.

“The most annoying part is what he (Tinubu) said that he had been a kingmaker all his life and now, he wants to be king.

“Let me remind him (Tinubu) because he is a Yoruba man. In my part of the world, kingmakers are called afobaje. When you are a kingmaker, you do not throw yourself in the ring and say you want to be king”.

Press reports that Tinubu, earlier in the week, informed President Muhammadu Buhari of his intention to run for the office of Nigerian president.

Asiwaju, while fielding questions from the State House correspondents, said he would still continue with his consultation before making a Ex-declaration.