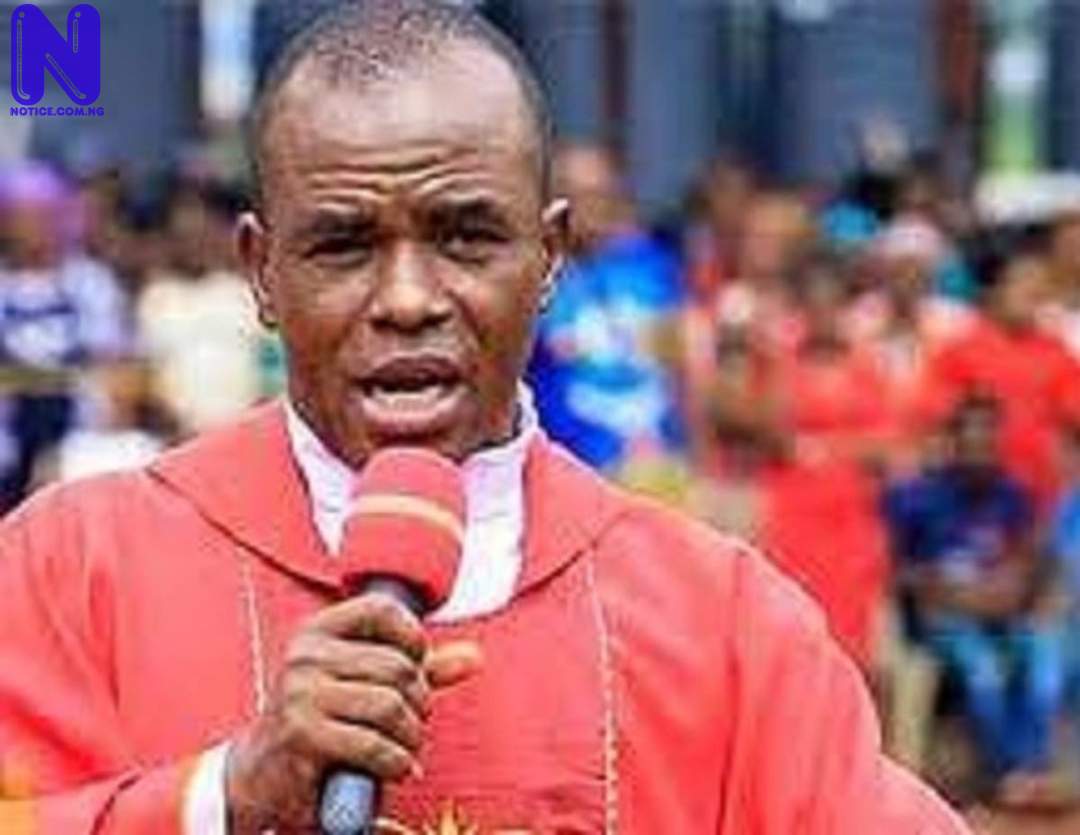 Father Ejike Mbaka, Spiritual Director of the Adoration Ministry (AMEN), has said if reported to the leader of the Catholic Church, Pope Francis, he may be given a position he will not like.

Mbaka said this while reacting to Nigerian People who promised to report him for requesting a contract from the Buhari-led administration.

In a reaction, a Ex-presidential aide, Reno Omokri, called on His Holiness, to investigate the cleric and take appropriate action against the minister to ensure that there is discipline within the Church in Nigeria.

According to him, Reverend Father Mbaka has brought the Catholic Church into disrepute, and undermined the faith of the faithful, by his conduct.

He told the Pope in a letter that Mbaka has left the calling and the holy oaths he took, and now dabbles disastrously in politics.

He also noted that the Cleric’s actions go against 2 Corinthians 9:7.

”Your Holiness, By virtue of the Public Procurement Act of 2007, it is a criminal offence to demand and get a government contract without an open public and transparent tender. To legally get a contract in Nigeria, you must tender publicly, and the government must accept the lowest bid. Anything short of that is not just criminal, it is also unethical and unbecoming of a Catholic priest.” He wrote.

But Speaking to members at the Adoration Ministry on Sunday, Mbaka said that the world leaders of the catholic church will clap for him if they know his level of involvement in the country.

He, therefore, advised Buhari to tackle the insecurity in the country rather than attack him.

Mbaka said, ”Why I don’t want them to report to Rome is because If the Pope hears the extent of my involvement, they may give me a position I might not like.

”Don’t think you have a thing to report to Rome. If Rome hears that Fr Mbaka is challenging evil governance, Rome will clap for me.”