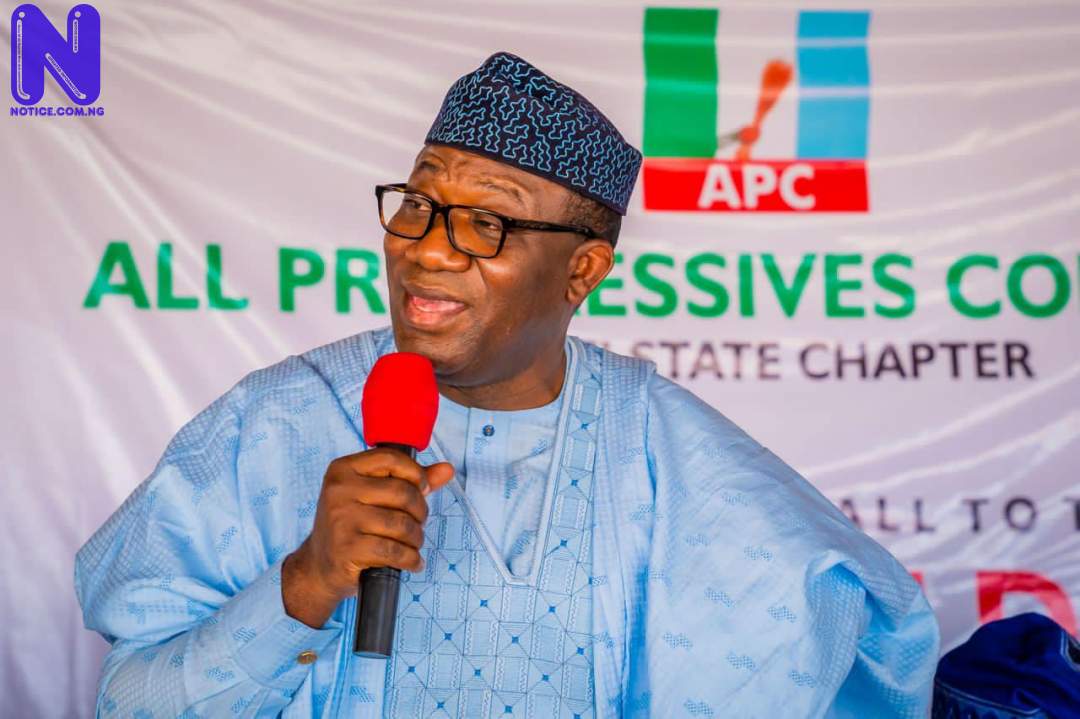 Governor of Ekiti State, Kayode Fayemi, has explained why he was present at the presidential declaration of Senator Ibikunle Amosun in Abuja, a day after he declared same ambition.

There were mixed reactions on Wednesday when Amosun was sighted at Fayemi's declaration, as many wondered what political game the two were playing.

On Thursday, Fayemi returned the gesture, saying he and Amosun have gone a long way.

The Ekiti Governor said people should not be surprised that he attended the event, revealing that Amosun has always been there for him.

"Some people are surprised that I am here and I don’t really see any reason why you should be surprised at all. Senator Amosun and I go back a long way and he has always been there for me. He was at my declaration yesterday as many of you may be aware. Even though I’m supposed to be in Ebonyi State now on a trip with Mr President, I had to beg to be allowed to be present here, because I think this is important for our country."

According to Fayemi, all presidential aspirants of the All Progressives Congress (APC) are in the race to improve human condition, stressing that no one should have any sense of entitlement.

"What we are all about, at least in our own party, is the improvement of human condition; it is to transform the lives of ordinary Nigerian People and this is not an entitlement. None of us should have any sense of entitlement. We should depend on the gratitude and grace of ordinary members of this party and the grace of God Almighty.

"This is what I know Senator Amosun to be as a human being, as a believer in God and as a compassionate Nigerian. Many have talked about his generosity. He is a forthright person; he is not a manipulative person; he is not a disingenuous person, he is straight forward. He is frank, sometimes to a fault.

"Running for office is something he is doing out of conviction and he has demonstrated this in the previous assignments that he has held."

Fayemi said he was struck by the similarity of their speeches, which he said, "shows that we come from the same ideological orientation."

While saying the aspiration "is not about quarreling,” Fayemi maintained that, "All I can say in conclusion is that you can be sure that between Senator Ibikunle Amosun and Dr Kayode Fayemi, whichever way it goes, you will have us in the tent, not outside the tent.

"You are spoiled for choice between two brothers and I am sure you will arrive at an appropriate conclusion."