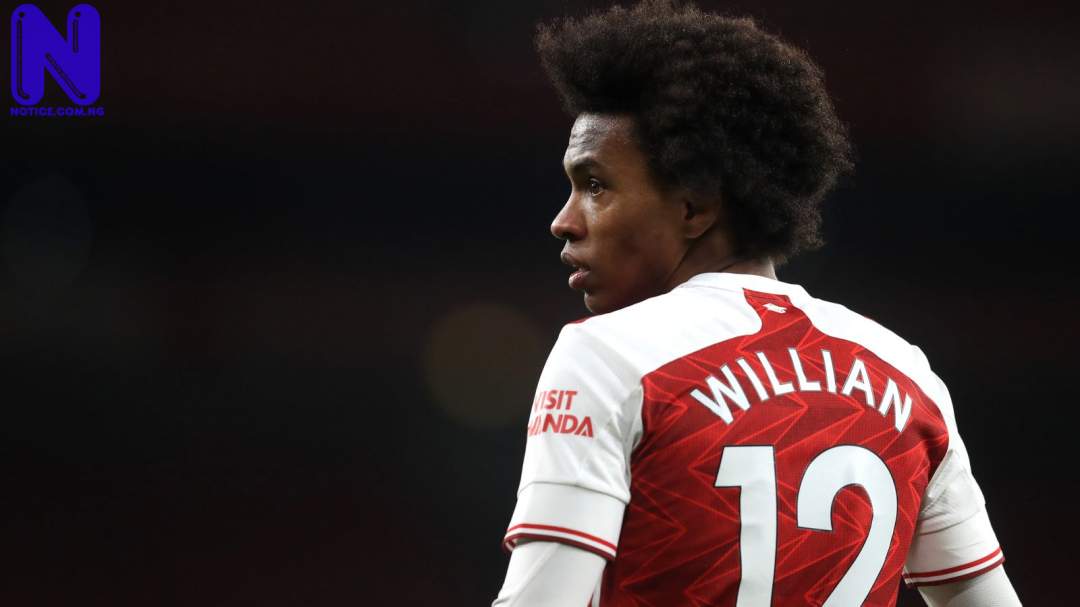 Arsenal forward, Willian has said that he is too scared to look at his phone at times for fear of racial abuse on social media.
The Brazilian said this following the racial attacks on Liverpool’s Trent Alexander-Arnold, Naby Keita and Sadio Mane..
The Liverpool stars were sent racist emojis on Instagram ahead of their Champions League quarter-finals first leg clash with the Real Madrid game on Tuesday.
Willian is calling for the handlers of the social media platforms to take more responsibility for their output.
“Does it frighten me to look at my phone? Yes, sometimes, to be honest,” Willian said, As stated by Express.
“We are human. I want to understand who these people think they are to come to speak like that to us.
“It really affects me when they talk about my family. If they want to criticise me, it’s no problem, I always accept that.
“But when they come to attack your family with those words that I cannot say here, that hurts.
“I think we have to find a way to change the profile of social media. I think people want to have Instagram, Twitter, Facebook, they need to put their ID, passport or whatever.”
Willian will file out with his Arsenal side on Thursday as they face Slavia Prague in the first leg of their Europa League quarter-finals.
And Slavia Prague will be without their Finnish midfielder Ondrej Kudela after being suspended for one match by UEFA for racially abusing Rangers’ Glen Kamara in the last 16.