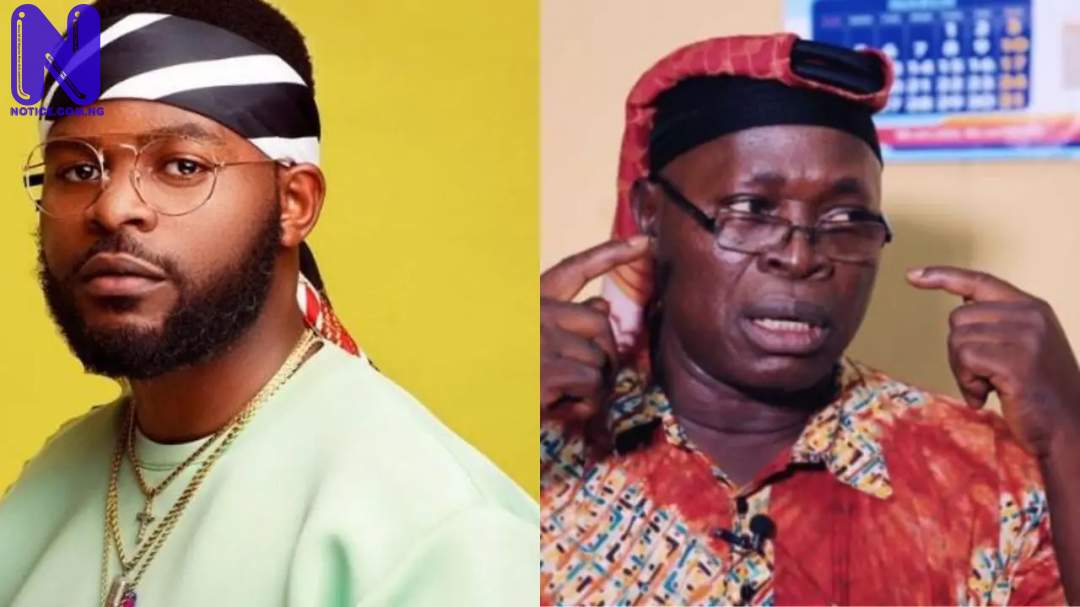 The Muslim Rights Concern, MURIC, has issued a 7-day ultimatum to Folarin ‘Falz’ Falana to apologise to Muslims and withdraw his trending video, “This is Nigeria”, over what the group termed “insensitive, thoughtless and highly provocative” scenes.

The group also claimed that “The video manifests ethnic bias against Fulanis while it ignored the criminal activities of ethnic militia of the Middle Belt who have also massacred Fulanis and rustled their cattle in their thousands”.

“It is a hate video. This video has the potential of causing religious crisis of unprecedented dimension. It is an assault on the self-dignity of every Muslim. It is freedom of expression gone haywire”, MURIC further stated.

It is very obvious that those who crafted that ultimatum to Falz do not understand what a work of art like the video in question represents both in content and in form. Apart from its entertainment value which is derived from its form, art is nothing but the imitation or the reflection of a society. Truth be told, there is nothing in that video that should offend anyone who is deeply and truly touched by the nauseating level of socio-political decadence driving our nation to the precipice which are most times perpetrated and perpetuated under the guise of religion.

If crafters of that ultimatum understood what art is, they would not even take the explanations of Falz for anything, they would rather seek an independent and dispassionate interpretations of the musical video in a manner which can be useful to them and others in the correction of our societal ills rather than dissipate scarce energy on a beautiful work of art. This is because in art, it is believed that “the author is ‘dead’” and so has no explanations to make about his work but leaves it to the dissection and discretion of its users.

For example, some have interpreted part of the song which says “everybody be criminal” to mean that Falz is referring to all Nigerian People as criminals. But far from it, in another view, it could be that what he is saying by that line is that not everyone who lives a fairly comfortable lifestyle made his riches through fraudulent means.

So he says, “This is Nigeria where because I’m on TV now, person wey no get work is checking to see if my watch is original”. In other words, even if his wristwatch is “original”, he worked for it through his music that has put him on TV and gave an undeclared but implied advice to such a person to go find him/herself a job as it is not everyone with an “original” wristwatch that participates in the “fraud and exploitation” going on in the country even though such people “wey no get work” think “everybody be criminal”.

So rather than interpret the song from the parochial premise of an attack on a particular religion, which is not the case, respectable bodies like MURIC should download the video on multiple devices as may be legally permissible and distribute to millions of their members to study and come up with ways Nigeria can tackle the many socio-political and economic ills that are the crux of the message in Falz’s musical video.

It is becoming too monotonous and ineffective for MURIC and such other bodies to keep issuing threats whenever the reality of the ills of religion is exposed either in speech, writing, song or movie. After all, Falz also indicted the Christian faith in his well choreographed interpretation of the sad situation the country is in. Christians will not be caught issuing threats because humility as a cardinal virtue of their religion requires that they rather look inward and correct the ills still existing among them than fight those who expose them.

It is therefore the height of hypocrisy for MURIC to threaten the young musical star for using images of girls in hijab dancing “shaku shaku” as if there are no hijab-wearing girls prostituting audaciously particularly in Abuja and other places. MURIC should deploy its resources, since it has so much to sue Falz, to convincing such hijab-wearing prostitutes to abandon their adverse social life, get them rehabilitated and reintegrated into society.

Once again, since art is not and cannot be limited to one particular interpretation, I make bold to say that it is such sad realities that Falz tries to depict in his video. Since art is a mirror of the society, no one can blame any artist/artiste for speaking to society using the realities in the same society no matter who or which group is involved. Not doing so would amount to a corrupt reproduction of reality. This is why in a literature class, the interpretation of a book can be as diverse as all the students studying the book, yet, they could all be correct.

It would be a total waste of time and resources to take Falz to court for depicting “a character that dressed like a Fulani man, who suddenly abandoned his traditional guitar and beheaded a man”. The simple evidence Falz would need to present in court that he did not make up the scene to denigrate or ridicule any particular religion or ethnic group but only reflecting the realities of our society would be to just present a plethora of newspaper reports of killings carried out by Fulani herdsmen terrorists and official statements from government functionaries at all levels concerning the killings, videos of claims of responsibility for the many killings by groups of Fulani extraction etc, and MURIC would be forced to run back home with its tail between its legs.

In other works, even the police and the judiciary have been subjects of painful but truthful expose on the corruption that goes on among their respective professions. If the police decide to arrest every artiste or movie maker that depict that some of them are corrupt and if the judiciary decides to jail everyone who produces a work of art that depicts some negative developments in their field, we certainly will not have the entertainment industry which is Nigeria’s new crude oil if well harnessed rather than being well harassed.

In conclusion, while the video continues to enjoy acceptability worldwide, let political and religious leaders in every part of the country descend from their hypocritical political high horse, take their lessons from the rich video and work out ways of taking our country back to her days of glory. This, I think, is Falz’s message.