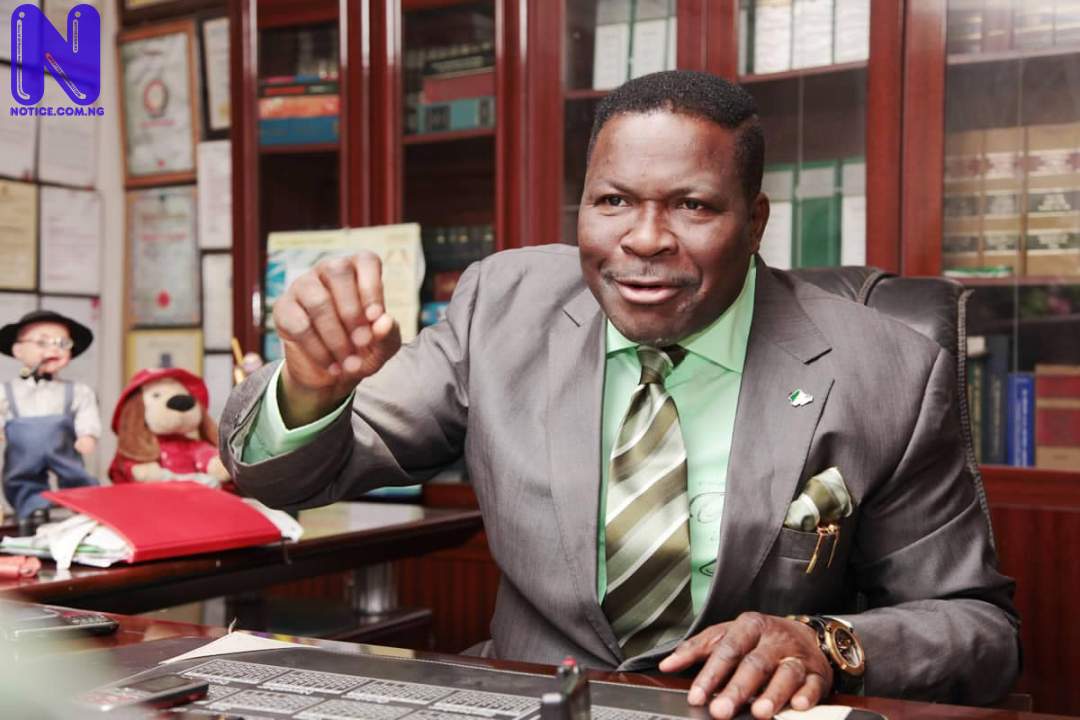 Ozekhome said Agu was released after they searched his phones and found nothing incriminating.

The 65-year-old actor was first arrested by the Nigerian Army last Thursday for wearing Biafra regalia in Onitsha, Anambra State.

He was arrested in Upper Iweka Bridge by soldiers while carrying out a charity exercise.

Agu was, in spite of that, released by the Nigerian Army on Friday, but was re-arrested by DSS operatives.

The secret police was said to have transferred the veteran actor to Abuja for interrogation.

However, Ozekhome said Agu committed no offence to warrant his arrest.

He disclosed this in a statement he signed titled: ‘Chiwetalu Agu Released By DSS'.

"Several interactions were held by the chambers with the DSS operatives, who were, in spite of that, very civil and very cooperative.

"Agu was released this (Tuesday) evening to Steve Eboh and Monalisa Chinda (Director of Media, Actors Guild of Nigeria), by the DSS at their headquarters in Abuja, after a careful search on his phones showed nothing incriminating,” he said.