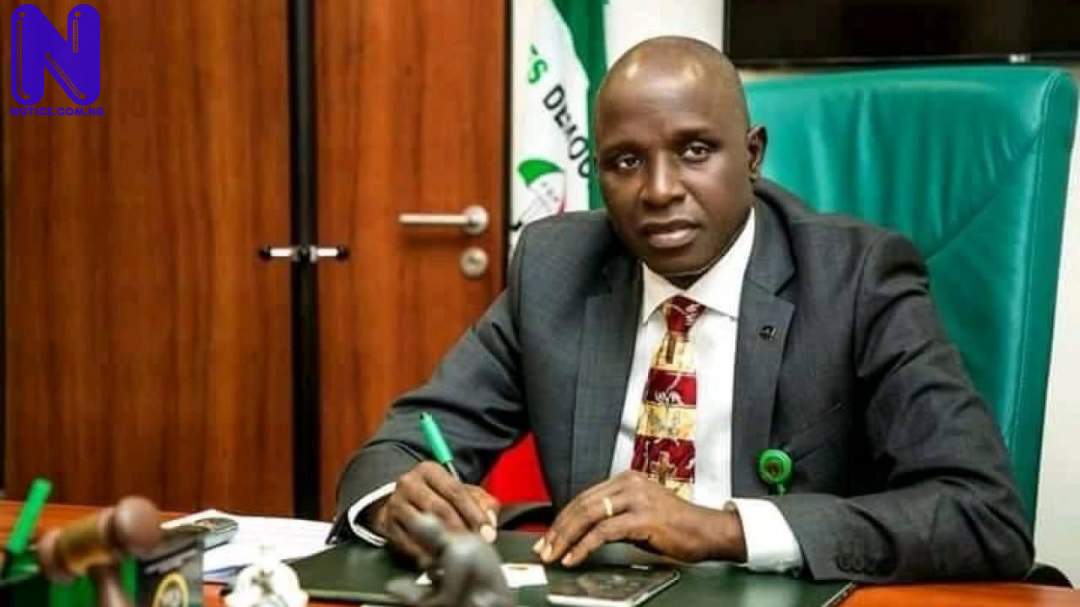 Senator representing Plateau North, Senator Istifanus Gyang has called on President Muhammad Buhari to rise up to his responsibility as the Commander-In-Chief of the Armed Forces and bring the challenge of insecurity under control.

Failure to take the bold step now, Senator Gyang said, would allow those who want to overrun the country to succeed in their mission.

The lawmaker made this call Thursday evening in the National Assembly, while receiving the management staff of Federal College of Veterinary and Medical Laboratory Technology, Vom, Jos, who came to honour him for his community development strides.

Gyang said the legislators at both chambers of the National Assembly were bringing the issue of security to the front burners and attention of the President all the time, adding that, the decisive action of Buhari would help tame the insecurity.

“One of the places that was having this challenge earlier was Plateau State and my constituency in particular. When it started in our own area, some people felt that it is the community that was the problem. They thought it was the host communities that were generating insecurity, not been hospitable and all sorts of sentiments were attached to it at the early stage.

“But today, all over the country, from the North East, to the North West and even to the South, we now know that it has become a national issue. If we had addressed the issue at the stage where it started without sentiments, some of these things today would not be there. Look at the level of displacement, the level of horrors that we passed through. But today, it has become a national phenomenon.

“There is need for greater commitment so that we tackle this issue of insecurity decisively. There is a decisiveness that it requires and government must take full responsibility. We, the elected representatives, as you can see, there is no week, no day that we don’t bring this thing to the attention of the nation, the attention of Mr. President who must take responsibility as the President and Commander-In-Chief of the nation and a decisive action must be taken, otherwise, where we are heading to, some people want to overrun this country”, he said.

On the issue of misconceptions about constituency projects, Senator Gyang explained that they were parts of budgetary provisions that allows for government presence to be felt in the constituencies.

He said, “I therefore, want to enlighten members of the public that are not well conversant and aware of the critical roles that constituency projects play in providing some basic needs of our people, like educational infrastructure, health infrastructure, rural infrastructure, like roads, provision of potable water, rural electrification and the likes”.

Earlier, Provost of the College, Professor Joseph Okwori, said he led his management team to National Assembly, in appreciation of many intervention projects attracted to the school by the Senator and how he has responded to their calls severally on issues of emergency and community developments, as the Senator representing the district.

The Federal College of Veterinary and Medical Laboratory Technology, Vom, was established in 1956 under the National Veterinary Research Institute, Vom. With time, the College got her own autonomy and has been training middle level manpower in area of medical laboratory technology and environmental health, with supply of products to places like Teaching Hospitals, Food Industries, Ministries of Agriculture and others.