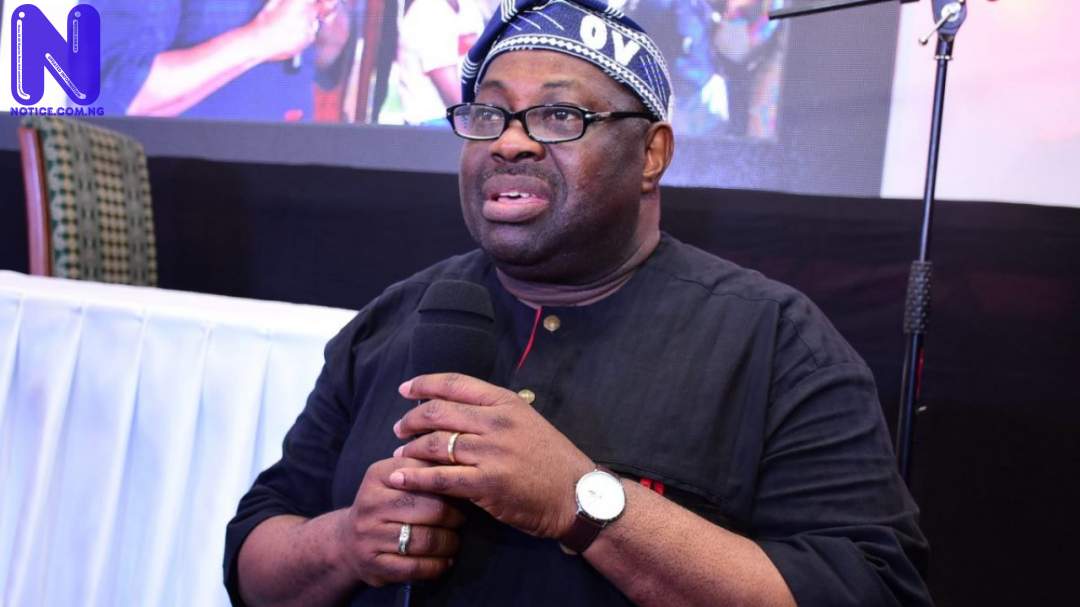 Veteran journalist, Dele Momodu, has insisted that the presidential candidate of the Peoples Democratic Party (PDP), Atiku Abubakar, cannot sack the party’s National Chairman, Iyorchia Ayu because he is not a ‘tyrant.’

Momodu disclosed this while fielding questions on Arise TV’s Morning Show on Thursday.

The Publisher of Ovation Magazine believes Atiku cannot sack Ayu because the Ex-senator supported him.

PDP has been witnessing a crisis since the emergence of Atiku as its 2023 presidential candidate.

Crises erupted in the party when presidential candidate, Atiku, picked Governor Ifeanyi Okowa of Delta State as his running mate for next year’s election.

Governor Nyesom Wike has been aggrieved with PDP’s leadership over Atiku’s choice of a running mate.

Atiku ignored Wike, who came second during the PDP’s presidential primaries a few months ago, a situation tearing the party apart.

Following his action, Wike called for the resignation of Ayu.

The governor noted that the North could not produce PDP’s presidential candidate and the National Chairman.

“I believe that the presidential candidate of PDP has every right to take decisions in a game of numbers that he thinks will favour him,” Momodu said.

“The moment we all agreed to participate in that primary election and videos, and that is one of the reasons I am here today talking on behalf of my party. We made promises that whoever emerges as our winner, we shall support, including Governor Wike, said.

” I will liken it to a game of football. A referee was believed to have compromised, so are you going to tell the winner if let say, Man United won the game? Will I expect Man United to be the one to help you remove the referee, it is difficult, that is the truth.

“If the team is your team, Chelsea cannot sack a referee. There is no way Chelsea can sack a referee. It is not the job of the winner to sack the referee that favoured him. Let’s be fair to Alhaji Atiku Abubakar. If, as he claimed, he was supported by Ayu, do you expect him to throw Ayu under the box?

“He is only asking for, let us go in the right direction, to the right appropriate authorities who can make this happen. It is a constitutional issue. That is one of the reasons I respect Alhaji Atiku Abubakar. You cannot expect him to be a tyrant. The same people who said we need this, we need that, if he should do that, were the same people who will say he is not even president; he is hiring and firing.

“He is not the owner of the party, and every party member is important and if we love our party, we have only two options. Support your party if you don’t love it, then state clearly that you don’t want the party. But to insist that because of Ayu, the party must crash down, then I don’t support that.”