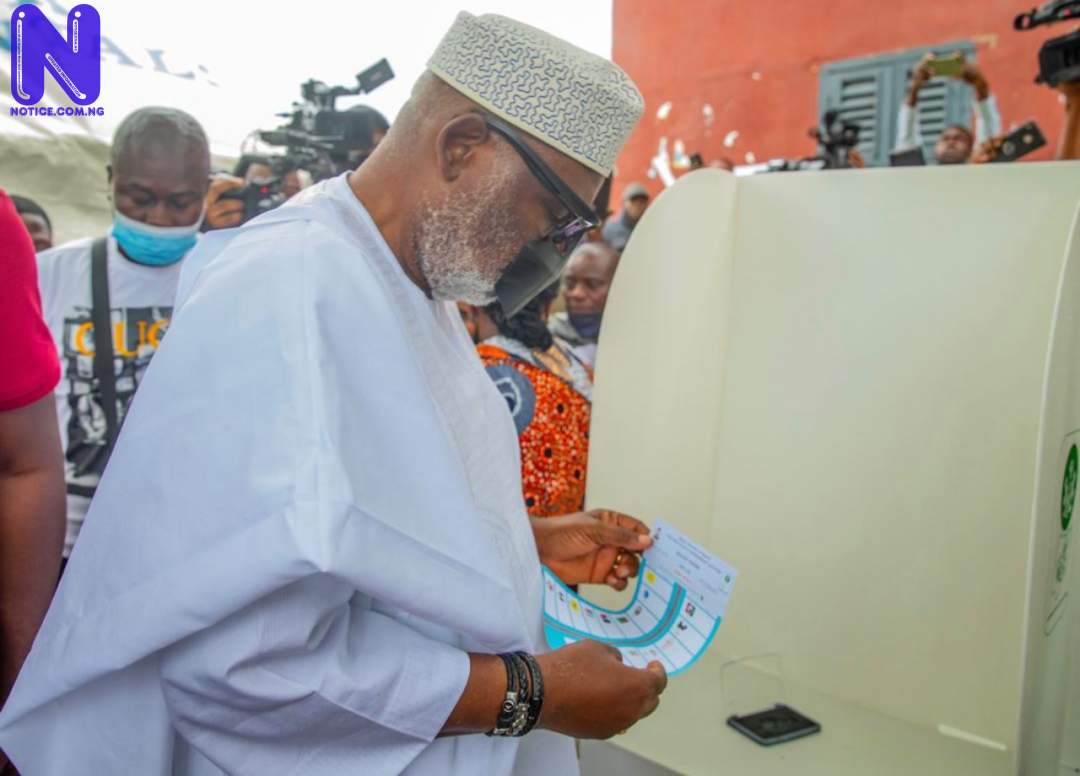 Governor Rotimi Akeredolu of the All Progressives Congress, APC, has said that everybody will be joyous and there will be clapping, singing and dancing if he wins Saturday’s Ondo State governorship election.
Akeredolu stated this while responding to questions from journalists after casting his vote.
The Ondo State governor, who advised voters to cast and monitor their votes, also expressed confidence that he will win the election.
Asked what will happen if the election results do not favour him, Akeredolu said: “Let me tell you something, I don’t ever think about that.
“So I don’t know what will happen.
“All I know is what will happen when my victory is announced, that everybody will be joyous, there will be clapping, singing and dancing. That is all I know.”