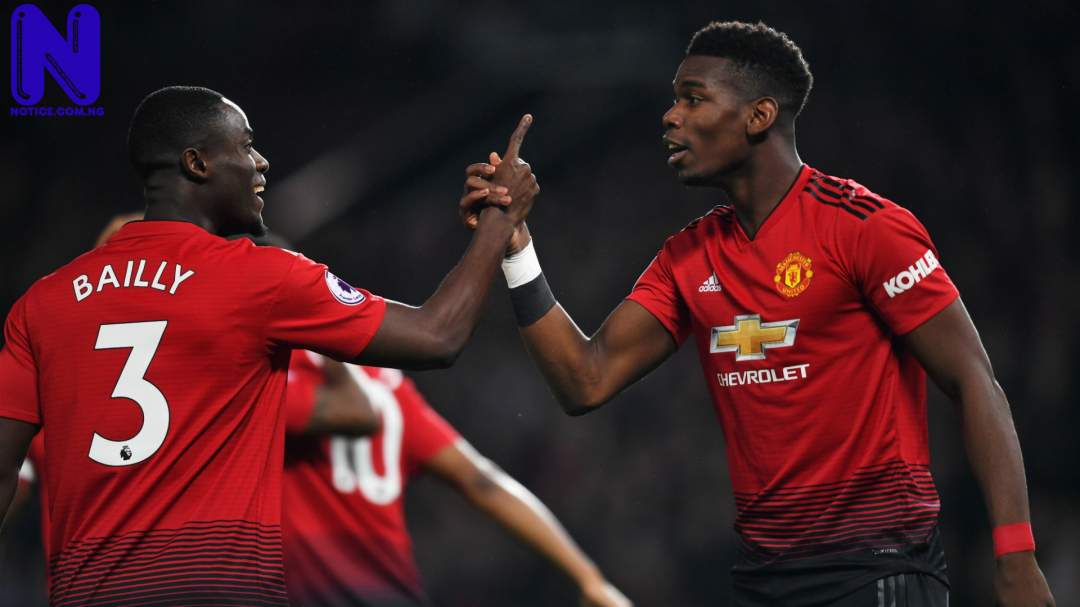 Manchester United manager, Ole Gunnar Solskjaer, has singled out Eric Bailly and Paul Pogba for praise following his side’s Premier League 2-1 victory over Aston Villa on Friday night.
Solskjaer said Bailly, who executed a pivotal block in the final seconds to thwart substitute Keinan Davis’s effort, was immensely important for Man United against Aston Villa, adding that the defender was congratulated at the end of the match.
The Norwegian also hailed Pogba for shielding it against Dean Smith’s men.
Man United defeated Aston Villa, thanks to goals from Anthony Martial and Bruno Fernandes.
Bertrand Traore did score for Aston Villa at Old Trafford.
“Deservedly so [Bailly was congratulated at the end] because he’s had such a difficult time with injuries. He’s such a likeable man. In that dressing room, everyone wants to see him succeed. We know how important he can be for us and tonight he was immense,” Solskjaer was quoted by Man United’s official website as saying after the match.
He added, “Paul… well done for shielding it and he just clipped his foot [for the penalty]. I think he’s getting better and better.
“From midfield it’s a physical game; they’re a strong, physical side and Paul can match anyone in the league, physically, when he’s fit. At the moment he’s getting there.”
Man United’s next match is against Burnley on Tuesday.