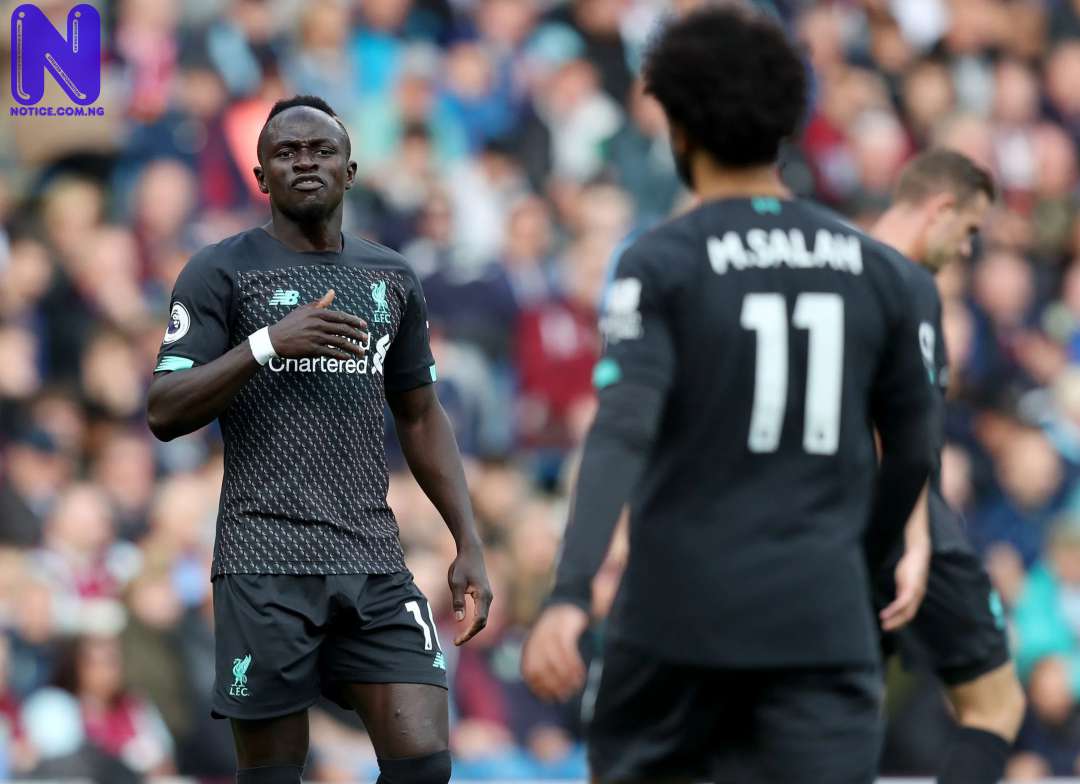 Liverpool ace, Mohamed Salah chatted with fellow teammate Sadio Mane in the dressing room at Turf Moor as though nothing had happened between them after the Reds defeated Burnley 3-0 in the Premier League over the weekend.

Mane was taken off for Divock Origi, shortly after failing to receive a pass from Mohamed Salah when the score was 3-0.

When he was taken off, the Senegal forward could be seen walking past manager, Jurgen Klopp and shouting at a member of Liverpool’s staff on the bench.

He was then comforted by fellow goalscorer Roberto Firmino, who had also just been replaced.

As stated by The Athletic, Salah made up with Mane and both players agreed to forget about it.

The reports added that the harmony in the camp has not been affected, with Liverpool captain, Jordan Henderson confirming that Mane was “laughing and joking” with the rest of the squad.

Meanwhile, speaking about the development, Liverpool manager, Jurgen Klopp, has said that Sadio Mane’s angry reaction on the bench at Burnley, wasn’t down to the fact that he had just been substituted.

Klopp said: “Sadio Mane is an emotional guy, we are all individuals.

“Something went not like he wanted, it is not the substitution. We will clarify it in the dressing room.”