What Messi told me – Dembele - Barcelona versus PSG 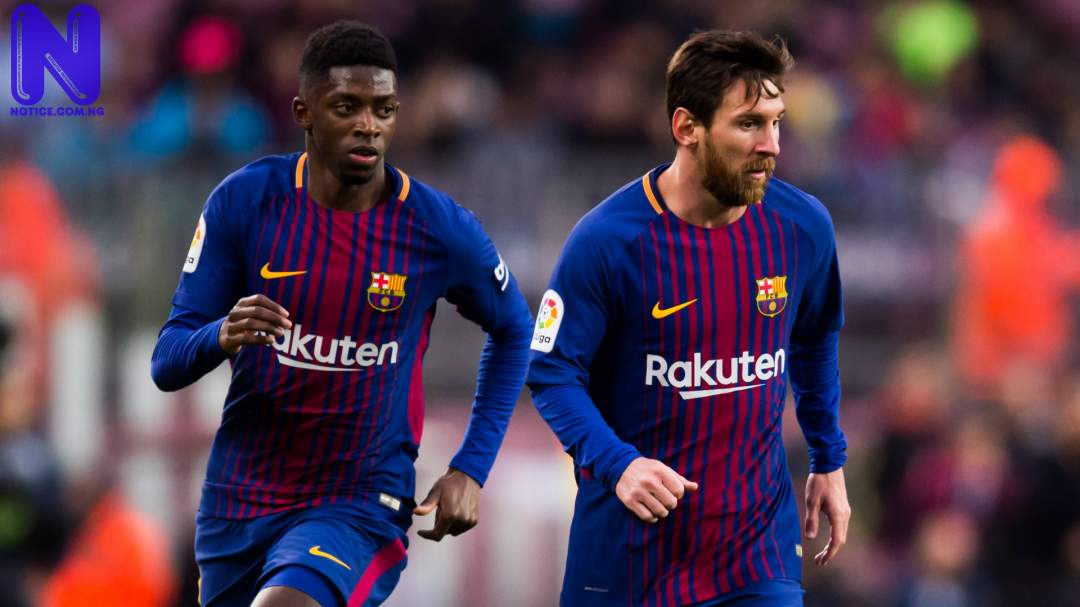 Barcelona star, Ousmane Dembele has revealed some advice he got from superstar Lionel Messi prior to their 4-1 loss to Paris Saint-Germain in the Champions League round of 16 first leg.
PSG thrashed Barcelona 4-1 in the first leg on Tuesday with Kylian Mbappé scoring a hattrick.
But in an interview before the game, the French international, who has endured a difficult time in Catalonia, confirmed that some wise words from his captain have made a big difference in his reviving career.
“He tells me how to position myself and when to pass, because I like to dribble when I have the ball”, the 23-year-old said in an interview with UEFA.com.
“I like to go forward on my own. Sometimes he tells me to calm down, to go out wide, or wait for a teammate and to not always try and dribble past three or four opponents.
“Leo is a genius, we all know that. He is the best footballer in history. He was an inspiration to me as a youngster and he still is.
“Honestly, it is an honour for me to play with him.”
Both Messi and Dembele were on for the entire 90 minutes but could not rescue the Catalan giants from the Ligue 1 champions who are now favourites to qualify for the quarter finals.