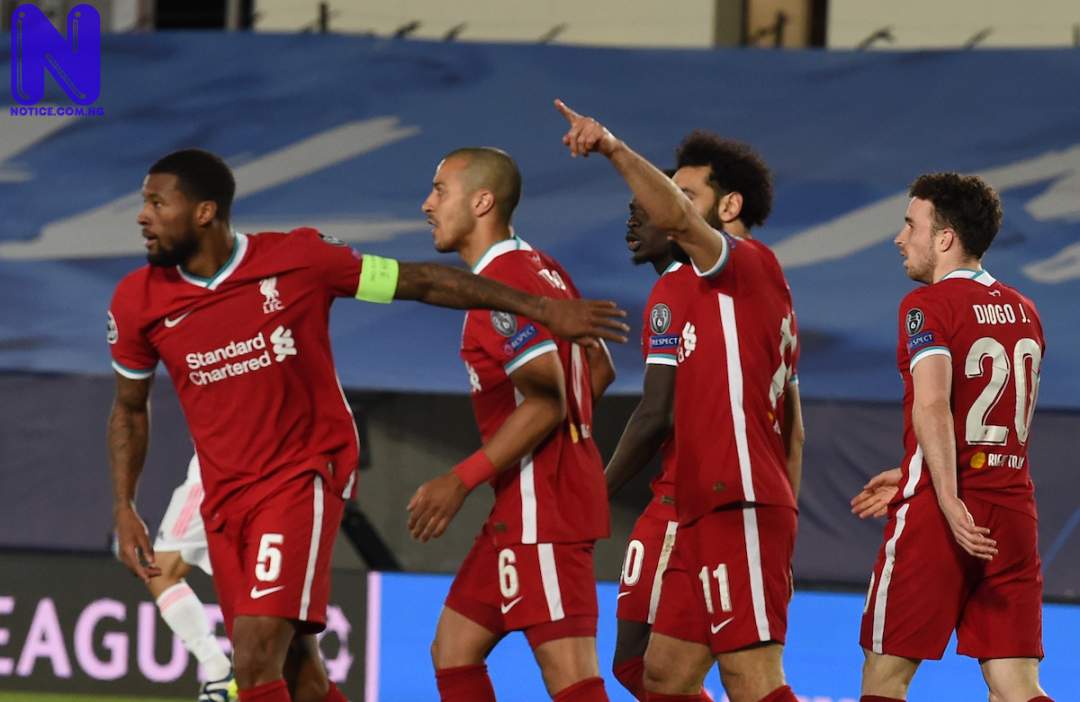 Liverpool captain, Georginio Wijnaldum has revealed the Reds’ discussion during the first half break of their 3-1 defeat to Real Madrid in Champions League on Tuesday.
The Premier League title holders were defeated 3-1 in Spain by Zinedine Zidane’s side with goals from Vinicius Junior(2) and Marco Asensio (1), giving the La Liga giants the edge going into the return leg in England.
Mohamed Salah gave the visitors a lifeline with an away goal and Wijnaldum admitted it was difficult playing against Real Madrid.
According to him, the team agreed during the break that they would play their football and not to make too many mistakes.
“It was difficult. We played against a good side. The way we played in the first half wasn’t good,” the Dutchman told a post-match press conference.
“We lost it quickly with simple passes. Two moments of not concentrating enough and they scored. We weren’t sharp enough.
“We said in the second half we have to play our football and not lose the ball too easily and concentrate more.
“They were a few times dangerous with long balls. We played our own game [at times after the break] and that’s why we scored.
“Unfortunately, they scored and that makes it more difficult. We hoped for a better result.”