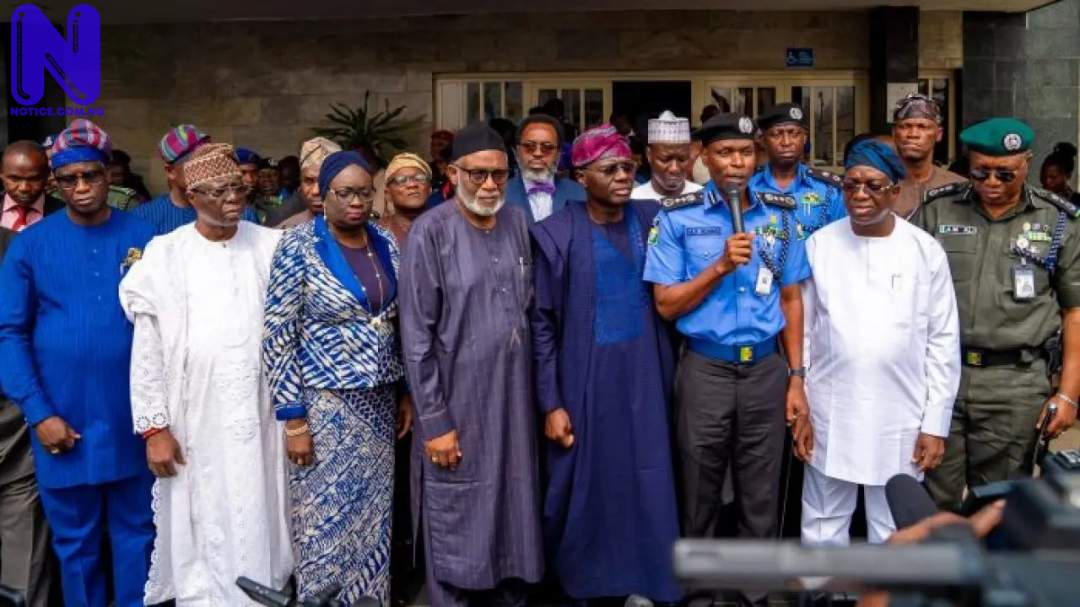 The six Southwest governors and the Inspector General of Police, IGP, Mohammed Adamu, have agreed on Operation Amotekun, the security outfit created by the governors and leaders in the region.

The agreement was reached at the stakeholders’ summit on community policing attended by the IGP, Southwest governors, commissioners of Police as well as Commissioner for Justice from the six states in the region, on Thursday.

The meeting also had the Royal fathers, Community Development Committees (CDCs), other security agencies and stakeholders at the Lagos House, Alausa, Ikeja.

Governor Rotimi Akeredolu, the chairman of the Southwest Governors Forum, and the IGP Adamu, addressed reporters at the end of the closed-door deliberations.

As stated by them, Amotekun is not a regional but community initiative.

Gov. Akeredolu said, “It is clear that community policing, which the Nigeria police is anchoring is one that will benefit all of us from the ward up to the state level.”

He disclosed that after the deliberations all stakeholders agreed to embrace community policing in its entirety.

“We have made things clear to everybody and we want all of us to know now that when we said we are having Amotekun, it is not that we are creating a regional police, Amotekun is not a regional police,” he added.

“Amotekun is state-based because we don’t have regions in the country anyway. We only have states and all of us have agreed that when you have laws in your respective states backing Amotekun or any security outfit, then you can go ahead for as long as it is within the legal bound.

“So we have come out happy, all of us have agreed and its been a wonderful resolution of few dark areas, which we have put light into but we can’t give you full details because this is a security summit. I can assure you that we are on the same page in respect of this.”

The Inspector-General of police added, “Amotekun is not a regional security outfit, as it is existing now every state has one form of outfit, whether it is vigilante or neighbourhood watch, that are working with security agencies of the state to fight crimes.

“This area must be clarified. It is not a regional structure, it is a state structure and it must be backed by law for it to be effective so we are saying the same thing, the structure must be in tandem with community policing.”