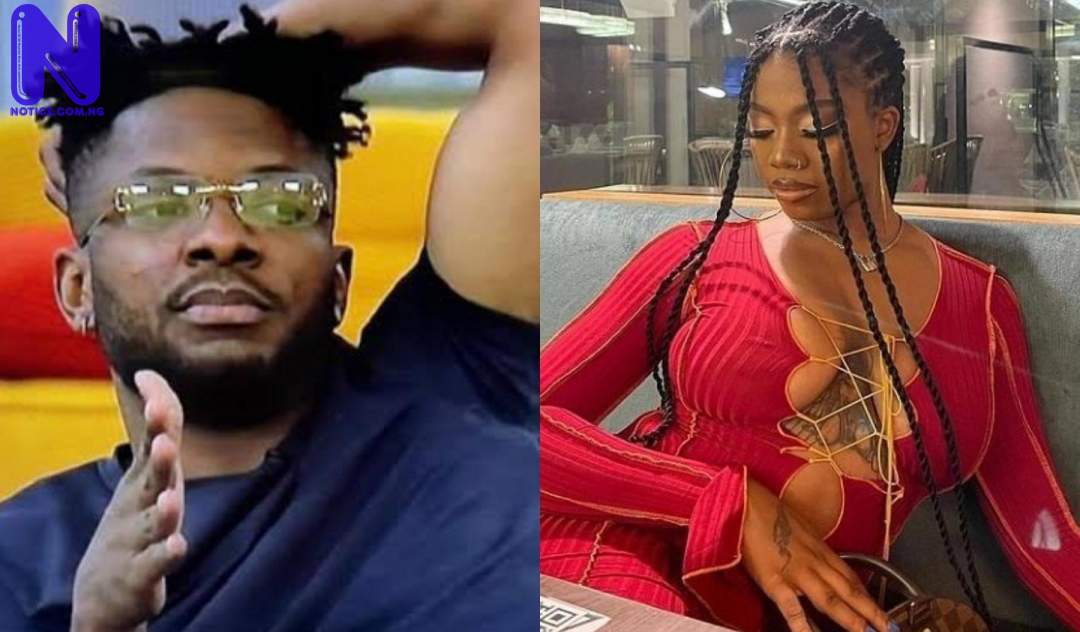 Big Brother Naija, BBNaija season 6 housemate, Angel and Cross, on Tuesday night, had an intense conversation defining their relationship in the house.

Angel told Cross not to touch her again in the house, clarifying that they are just best friends.

She said: "You have so many women in your life, there's Queen, Nini, Saskay, keep your hand to yourself, don’t touch me because best friends don't touch each other in that regard, that’s not my definition of best friend."

DO YOU KNOW >>> Why I'll take voluntary exit – Cross - BBNaija

Cross, responding, said he got the wrong signal from Angel as he thought they could engage each other as best friends.

He, in spite of that, agreed to stop touching her and just remain best of friends.

Cross said: "If that’s what you want, then that's fine. I can keep my hands to myself.

"I've been getting the wrong memo, we've been having different line of thoughts

"You know I find you romantic, attractive and best friend is the only way around it for now in this house until we eventually leave here and see how you are outside."

They both agreed to be just friends as they sealed the deal with their last passionate kiss.

Angel also joined Cross on his bed as they spent the night together.