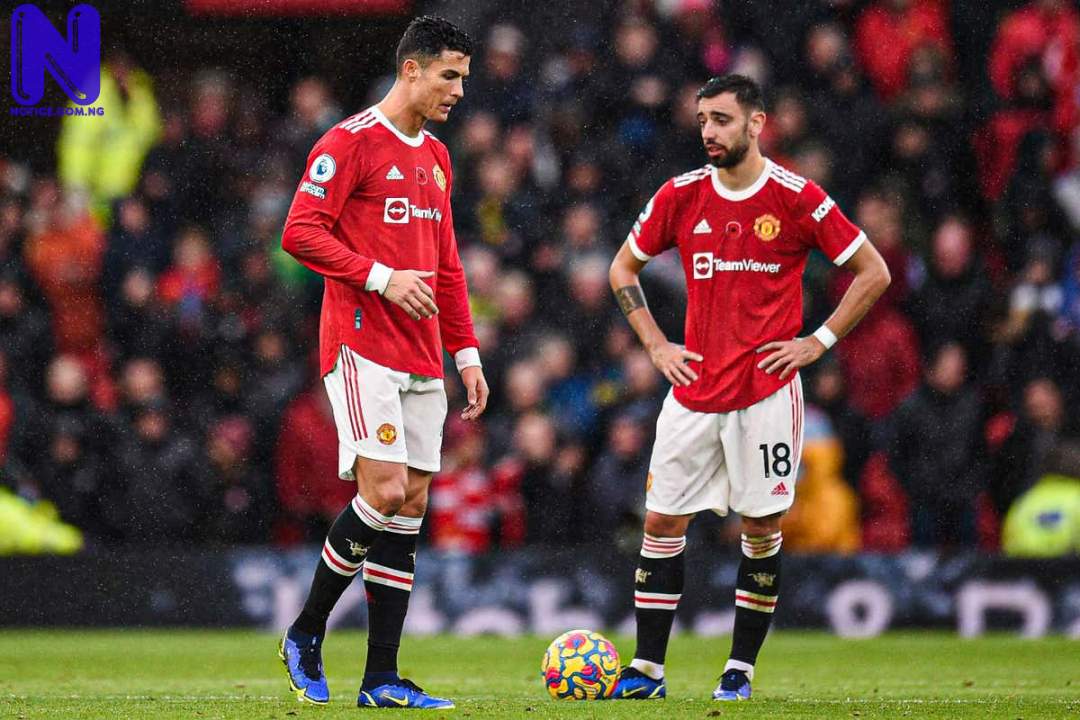 The midfielder shared a very tense reunion with Ronaldo on Monday evening after the 37-year-old slammed the Red Devils’ hierarchy and manager Erik ten Hag.

Fernandes and Ronaldo share the dressing room for both club and country and the Portuguese are currently preparing for their warm-up match with Nigeria before their opening Group H game against Ghana in the 2022 World Cup.

Ronaldo’s interview with ace journalist, Piers Morgan has generated a lot of reactions and it reportedly went down like a lead balloon with his team-mates.

Fernandes was reunited with Ronaldo for the first time in Portugal camp with the 37-year-old having already joined his national team and took part in a training session on Monday.

Fernandes was delayed due to his participation at Fulham over the weekend.

Things got very awkward when the midfielder bumped into Ronaldo and initially seemed to ignore his national team captain’s outstretched hand before belatedly shaking it and appearing to make a pointed comment.

Fernandes’ comment left Ronaldo looking stony-faced, in the viral video before the pair exchanged words and Fernandes walked away to greet other team-mates - doing so in a far more cheery manner.