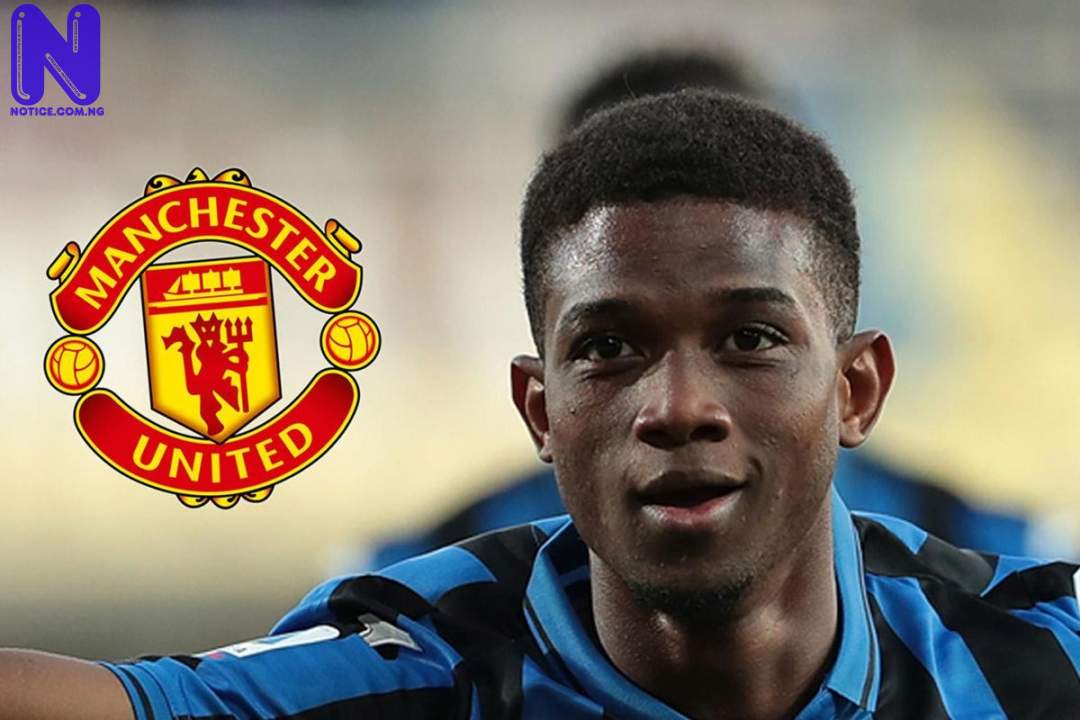 New Manchester United player, Amad Diallo, has said that he knew he had joined the “perfect club” after holding talks with the club’s manager, Ole Gunnar Solskjaer.
Diallo also promised that he would work hard everyday to learn from Man United senior players and give everything to develop his game.
The Ivorian winger finally completed his move to Old Trafford after Man United agreed a £37 million deal with Atalanta on transfer deadline day in October.
The 18-year-old signed a four-and-a-half-year contract with United and will train with Solskjaer’s first-team squad after securing a work permit.
“After waiting since the summer, it’s finally a dream come true to complete my move to Manchester United,” Diallo told Man United’s official website.
“I’m hugely ambitious, and there is so much that I want to achieve in the game; when I spoke to the manager, I knew that I had joined the perfect club.
“This is a really exciting squad with so many great players, I can promise that I’ll work hard every day to learn from them and give everything to develop my game.
“The coaches have been fantastic since I signed, we’ve been in touch regularly, and they’ve already given me a lot of great advice.
“I’ve had time to prepare for this move, both physically and mentally, and I’ve worked really hard to be ready to make the step up to this amazing club.”