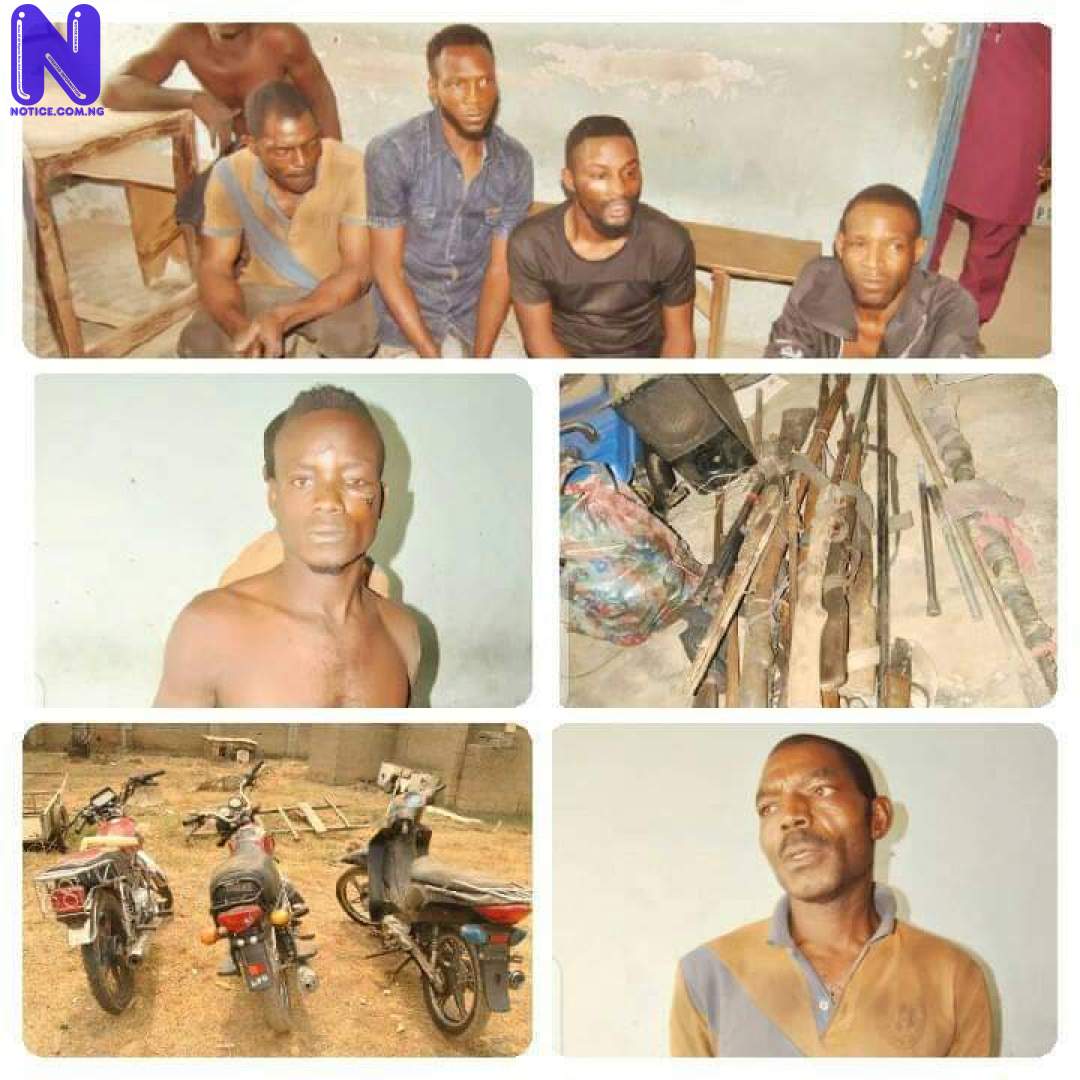 Five motorcycle -snatching syndicates terrorising Adavi Local Government and Kogi Central have been arrested by the Nigeria Police in collaboration with local vigilantes in the state.
It was gathered that the suspects met their waterloo while making efforts to snatch a motorcycle from an Okada rider with their usual trick.
They were arrested at Ebogogo community in Adavi Local Government area of the state.
The suspects were identified as; ThankGod from Kaduna State, Bello from Edo State, Abdullahi Musa from Gombe State, Zahamarudeen AKA (Yellow) from Zamfara State, and Mr. Solomon from Edo State.
They confessed to have been responsible for motorcycle snatching in Kogi Central axis.
They also added that their operation hideout is along Auchi road, where they normally lure okada riders to and forcefully snatch their motorcycle.
The suspects also admitted that the motorcycles found in their possession were stolen from Okada riders and many have been sold out at the rate of #30,000 each.
The gang leader, Mr. ThankGod, while fielding questions from journalists on Wednesday when they were being paraded by Adavi Local Government chairman, Hon. Joseph Omuya alongside security agencies present, said ” We have been in this motorcycle snatching business for a long time.
” Since the economy is not friendly, we have to survive. We normally use tricks on Okada riders to snatch their bikes. Each bike we steal is usually sold for N30,000 depending on how urgent we needed money. Whenever we sell the bike stolen from our victim, we share the money among ourselves”.
Addressing journalists on government’s effort to comb the hideout of robbers and kidnappers in the local government, Hon. Omuya warned that the local government will not be a safe haven for criminal elements in the state.
” All criminal elements should vacate our state. We are coming out hard to get them no matter where they are. Kogi is not a state for criminals,” he added.
He urged the residents of the local government to continue to support and cooperate with security agencies in providing accurate and timely information about the movement of suspicious persons in their domain.
Items recovered from the suspects included; three motorcycles, locally-made guns, speaker and generator set.